Rabat - Reporters Without Borders ranked Morocco 136th in the world for its annual Press Freedom Index, and 9th in the Arab World. 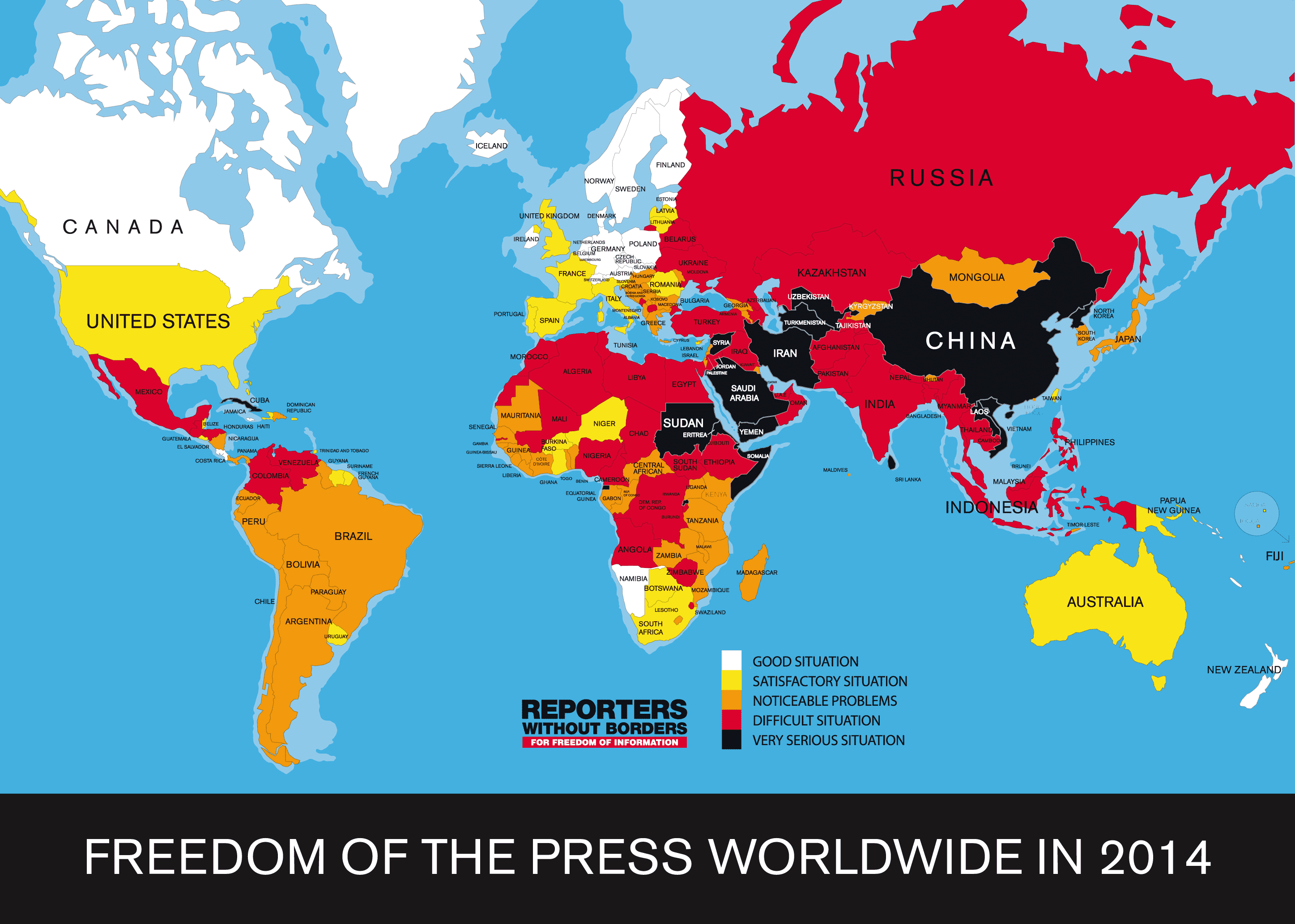 By
Aziz Allilou
-
Aziz Allilou is a student at the Higher Institute of Media and Communications (ISIC) and Morocco World News correspondent in Rabat.
Feb 13, 2014

Rabat – Reporters Without Borders ranked Morocco 136th in the world for its annual Press Freedom Index, and 9th in the Arab World.

Morocco kept the same ranking as last year on the 2014 freedom of the press index. According to the report issued on Wednesday by Reporters Without Borders (RWB), Morocco’s ranking was impacted by the case of Ali Anouzla. Anouzla is a journalist who was arrested last September after he published a video on his website Lakome, which was deemed as promoting terrorism.

The survey said that the Moroccan authorities “readily confused journalism with terrorism in the case of online newspaper editor Ali Anouzla.”

The survey recoded an improvement of several other Arab countries in terms of the freedom press, including Mauritania, ranked the 60th in the world and remained first among Arab countries, followed by Kuwait (91st overall), Lebanon (106th), Qatar (1113th), United Arab Emirates (118th), Algeria (121st), Tunisia (133rd), and Oman (134th).

The Reporters Without Borders survey ranked Syria in the 177th position, at the bottom of the ranking, due to its three-year armed conflict. According to RWB, Syria is now “one of the countries where freedom of information and its actors are most in danger, it rubs shoulders with the bottom three. The Syrian crisis has also had dramatic repercussions throughout the region.”

As usual, the survey ranked Finland at the top of the index for the fourth year in a row, closely followed by the Netherlands and Norway. Surprisingly, the United states of America, one of the most vocal champions of the freedom of expression, fell back 13 places, ranking 46th this year.

Reporters Without Borders is a France-based international non-governmental organization that compiles and publishes an annual ranking of countries based on the organization’s assessment of their press freedom records.

The report consists of a questionnaire sent to 14 partner organizations on five continents and its 130 correspondents around the world, as well as to journalists, researchers, jurists, and human rights activists.