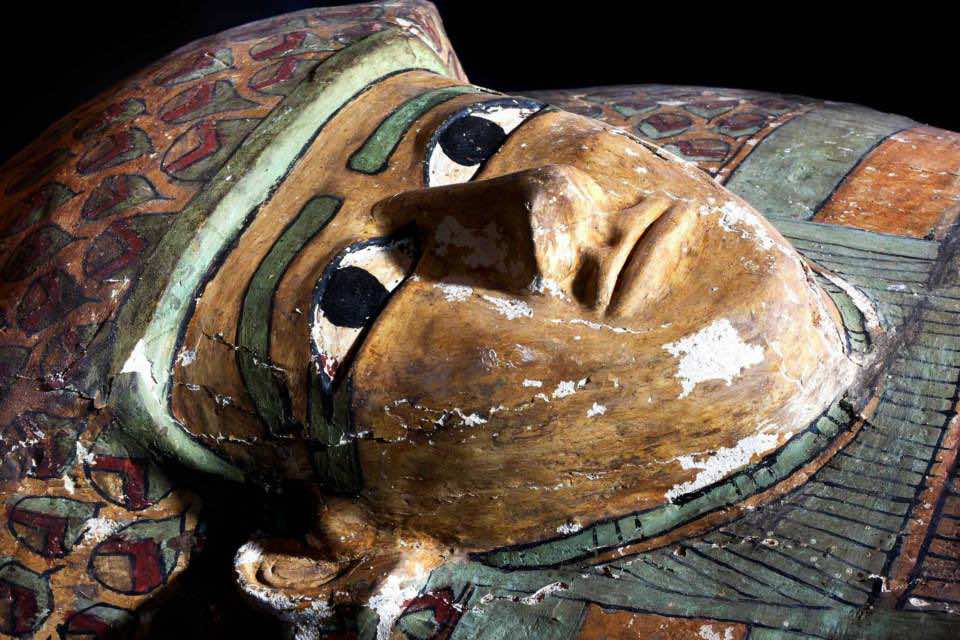 The two metre-long and 50 centimetre-wide (6.5 feet by 20 inches) sarcophagus was in good condition and its colours were still bright, the ministry said in a statement.

“The sarcophagus goes back to the 17th dynasty (1600 years BC),” said Ali El-Asfar, the head of the antiquities ministry’s pharaonic department.

“Its owner could have been an important statesman, according to the sarcophagus’s preliminary examination and its inscriptions.”

The sarcophagus bears hieroglyphic inscriptions meant to ease the journey to the afterlife, in accordance with pharaonic beliefs.

The feather drawings symbolise the ancient Egyptian goddess of law Maat, who was believed to have weighed the hearts of the dead against a feather to determine their status in the afterlife.

The discovery was made in an ancient burial site on Luxor’s west bank, near a tomb belonging to the storehouse administrator of Queen Hatshepsut, a member of the 18th dynasty who ruled Egypt from 1502 to 1482 BC.

The Spanish archeological team, which has been working in Luxor for 13 years, discovered last year the wooden sarcophagus of a five-year-old boy that goes back to the 17th dynasty.

Luxor, a city of around 500,000 residents on the banks of the Nile in southern Egypt, is an open-air museum of intricate temples, tombs of pharaonic rulers and landmarks such as the Winter Palace hotel, where crime novelist Agatha Christie is said to have written “Death on the Nile.”