Casablanca - Good news for Casablanca residents: City Council President Mr. Mohammed Sajid has recently announced that plans to install an elevated railway in the city would be finalized by April 2014. 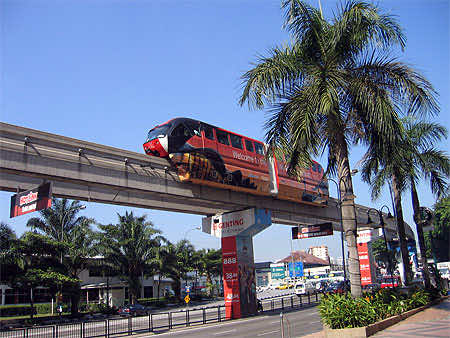 By
youssef sourgo
-
Youssef Sourgo is currently a Master’s student in Linguistic and Literary studies at Ain Chok Faculty of Letters and Humanities.
Feb 13, 2014

Casablanca – Good news for Casablanca residents: City Council President Mr. Mohammed Sajid has recently announced that plans to install an elevated railway in the city would be finalized by April 2014.

“We have reached an advanced stage in our planning, which will be finalized next April,” said Sajid in an interview with Moroccan newspaper L’Economist on Tuesday.

According to Sajid, the railway specifications have been examined and are now being adjusted to reduce pollution.

Concerning project funding, Sajid noted that  revenue from public transportation in the city would finance most of the project. The budget allocated for the project is MAD 9 billion.

Sajid wend to say that “the elevated railway will have a daily capacity of 400,000 users unlike the tramway, which can only carry 100,000 people a day.

Mr. Sajid also reassured the public that most of the major structural projects in Casablanca, such as Chimicolor and Sindiparc, would be operational at the end of this year.

When asked the reason for the delay in the restoration of the Lincoln Hotel in Casablanca, Sajid said that the process would take a long time and that technical specifications were being prepared.

As for the Derb Omar neighborhood renovation project, Sajid lamented the fact that it was abandoned because of “a lack of political will.”

Regarding heavy freight trucks, which often cause traffic problems in Casablanca because of their size, Sajid said that City Council would enact a law that would institute new traffic regulations for those vehicles.