RABAT - Police disrupted the launch Thursday of a new album by rapper Mouad Belghouat, an outspoken voice of Morocco's February 20 pro-reform movement who spent a year in jail, witnesses said. 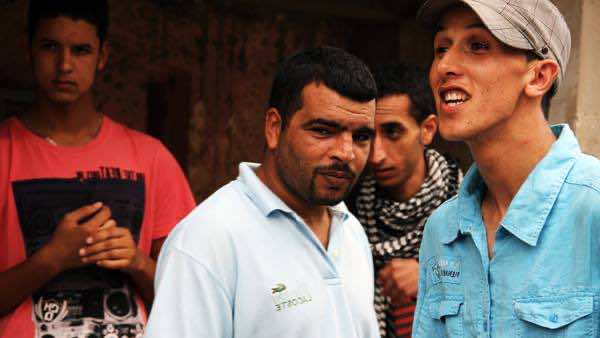 RABAT – Police disrupted the launch Thursday of a new album by rapper Mouad Belghouat, an outspoken voice of Morocco’s February 20 pro-reform movement who spent a year in jail, witnesses said.

Belghouat, released from prison last year after serving a one-year sentence for defaming the police in his songs, had planned to present his album “Walou” (Nothing) at the Karama bookshop in Casablanca at 1800 GMT.

But dozens of police were deployed nearby, and shortly before the event they ordered the bookshop shut, said Abdou Berrada, one of the organisers.

“They then told those who had come for the launch to leave,” he added, speaking by phone.

Contacted by AFP, the interior ministry declined to comment on the incident.

“This ban proves once again that the authorities are determined to prevent politically engaged artists from expressing themselves,” Belghouat told AFP.

He said the album, his first since being released from jail, had taken him a lot of time and effort.

The rapper, who goes by the rap name Al-Haqed (The Rancorous), is known for writing songs critical of Morocco’s monarchy and political establishment.

He became a public face of the February 20 movement which was born out of the Arab Spring protests sweeping the region in 2011 and demanded extensive reforms in Morocco.

He was convicted in March 2012 over a song he wrote called “Dogs of the State,” which denounced police corruption and was deemed an affront to Morocco’s entire police force.

While in prison, he was awarded an “integrity” prize by Transparency Morocco, for his “honesty and the justice of his fight” for a better society.