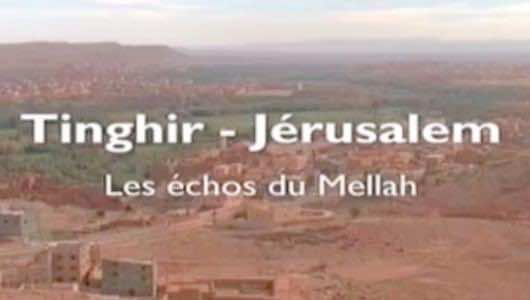 I will tell you why the departure of Jews from Morocco was inexorable and, indeed, given the circumstances, we had no choice.

Forgive me for being technical rather than being a poet, [but I guess that’s the answer you are expecting from.

The creation of the State of Israel has completely changed the situation for Jews —in general, for those living in Arab countries, and for Moroccan Jews who are leaving Morocco.

One has to understand that Jews have a visceral relation with Israel, a country  for which they prayed for centuries. This love is unconditional and visceral. Right or wrong, good or bad, Israel meets a crucial need.

This can be understood with a fervor and a blindness only by the Jews themselves.

A first wave of religious or fanatic people left the country (Morocco) in 1948, but it was only a small minority, and not a mass movement that would gradually accelerate.

(Figures vary, but roughly this is the number that occurs most often.)

2. INDEPENDENCE OF MOROCCO AND “MOROCCANIZATION”

When the French settled in Morocco as its “protectorate,” they rushed to divide and rule.

Jews who learned to speak and write French, thanks to schools of the Universal Alliance, become their natural allies.

Whether they wanted it or not, the French created a split between Jews and Muslims who had thus far lived in peacefully together, and even in some towns and villages in perfect harmony.

Jews got better jobs, access to European quarters and, one could say, a certain bourgeoisie.

With the advent of Morocco’s independence, the departure of the French, and later the “Moroccanization,” the secure feeling that the Jews had had, disappeared or decreased considerably.

At the independence in 1956, despite the Jews’ frank pro-monarchy and unequivocal loyalty, the distance was worsening.

Despite our deep love for His Majesty the King and Morocco, we had to think of leaving, even while at the same time we were prevented from doing so.

All this notwithstanding the King’s affection for the Jews such that a Jew, Dr. Benzaquen, was appointed to his government.

However, there existed the following restrictions:

– Little or no opportunity to get a passport

– Prohibition on leaving the country

– Prohibition on going, or even pronouncing the name of Israel.

In other words, a prohibition on openly loving a country that is also ours.  (It was as if now, for example, in Canada or the United States, we were prevented from loving Morocco).

– Inability to change our money freely (this applied to all Moroccans)

Not fear but the fear of fear starts to set in, just as I said in my short story, “The Hawks of Mogador,” which is a metaphor reflecting the forced or voluntary departures.

It should be understood, Nouzha, that we lived through so many massacres, pogroms, and inquisitions that we are necessarily on the alert, and who in their right mind wouldn‘t be?

As if this were not enough, we should add to this the rise of pan-arabism and nationalism.

THE RISE OF PANARABISM AND ARAB NATIONALISM:

With the coming of Nasser and the Sinai war in 1956, hard feelings were increasing.

Nationalism won all the Arab countries and despite its moderation, Morocco was not an exception.

The clandestine-or not- departure movement was going faster.

The diaspora that would follow would lead Moroccan Jews all over the world, but especially to France, Canada, and of course Israel.

In my opinion, we should add something else very important,

Today, if we had stayed in Morocco, we would have reached the million which would have been unsustainable for an Arab country. We would have formed a fifth column, unmanageable and impossible to bear given the circumstances.

Dynamic Jews as they are wherever they are, have been either massacred or deported.

When the Six-Day War started, the departure became imperative and irreversible.

I didn’t know the status of Dhimmi nor the humiliation that some of my compatriots talk about. I was too young when I left Morocco, so I can’t talk about it with precise knowledge.

My mother told me stories about his father (my grandfather then) and the way he had been treated. They made us shudder.

A widespread and ubiquitous fear of Arabs has been transmitted to us whether we wanted it or not!

However, I must say the following things :

Among all Arab countries, Morocco is the one that has treated its Jews the best;

The one that has the least despoiled

The one that has the most regretted their departure.

The one that has kept the best relations with Jews until today.

The one that defended and protected the Jews during the war [1939-1945??] much better thanother countries that are supposed to be civilized.

The one that invites them to come back.

The one that welcomes them as brothers and sisters whenever they do come back!

The one that gets on well with us in foreign countries and with whom we build up a special relationship as brothers!

The one whose king, Hassan II, actively helped Israel to make peace with the other Arab countries.

The one that recognizes even in its Constitution the important contribution of the Jews in the Berber and Muslim culture for thousands of years.

And finally, the one that gives the example and the model to follow to prove that Jews and Arabs can live in harmony, tolerance, peace, and that they can love and understand each other as the time of Toledo and Granada and soon in Tel Aviv, Jerusalem, Gaza, Ramallah and in all Arab countries restored in their dignity, rights and elementary freedom and also the recognition of Israel of course within its secure borders, safe and recognized!

The original version of this letter appeared in French and was originally published on dafina.net