Taroudant, Morocco- According to the Moroccan Arabic daily Al Massae, consumer protection associations in Morocco have demanded an urgent investigation into recent statements made by the Minister of Public Affairs and Governance, Mohammed El Ouafa, in which he said that “bread that costs MAD1.20 is harmful to the health of Moroccans,” calling them “scandalous.” 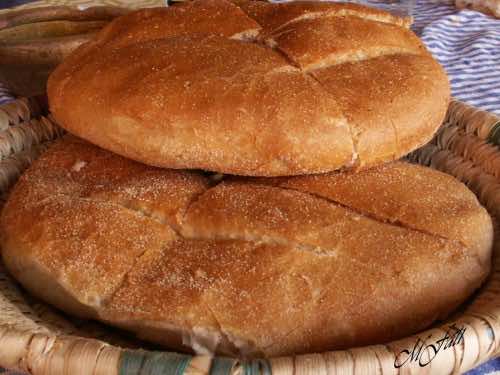 By
Larbi Arbaoui
-
Larbi is a freelance writer and assistant editor at Morocco World News.
Feb 14, 2014
Spread the love

Taroudant, Morocco- According to the Moroccan Arabic daily Al Massae, consumer protection associations in Morocco have demanded an urgent investigation into recent statements made by the Minister of Public Affairs and Governance, Mohammed El Ouafa, in which he said that “bread that costs MAD1.20 is harmful to the health of Moroccans,” calling them “scandalous.”

During a meeting of the House of Representatives on Tuesday, February 11, transmitted live on the national channel,  Minister Delegate to the Head of Government in charge of Public Affairs and Governance, Mohamed El Ouafa said that “the bread that costs MAD1.20, funded by the Caisse de Compensation” (Compensation Fund), “is bad for the health of Moroccans,” but “unfortunately they love it.”

“We should reconsider the basic components of our nutrition,” the minister said.

The statement made by the minister made some MPs in attendance laugh (Minister El Ouafa is famous for his witty and controversial statements during his tenure as Minister of Education), but the “joke” provoked other MPs and sparked an uproar among Moroccans who rely on this bread as their daily food staple.

Speaking to the Moroccan daily Al Massae, Shamsuddin Abdati, president of the Moroccan Forum for Consumer Protection, said that El Ouafa’s statement necessitates urgent action by the Ministry of Health, the Quality Department at the Ministry of Commerce, industry and health departments in local communities, and oversight committees of the country, because the continuation of the current situation may pose health risks to all Moroccans, who consume about 100 million loaves of bread each day.

Abdati considered the government’s silence on the conditions  and quality of the baking industry in Morocco a conspiracy against the consumer, wondering why “it has taken the government so long to declare that the bread consumed by the poorer segments of the society is harmful to health.”

The president of the Moroccan Forum for Consumer Protection said that the association has repeatedly warned of the circumstances in which bread is made in Morocco, stressing that a number of bakeries do not respect health conditions or standards for employees of the bakeries, nor for the quality of the ingredients used in the making of bread.