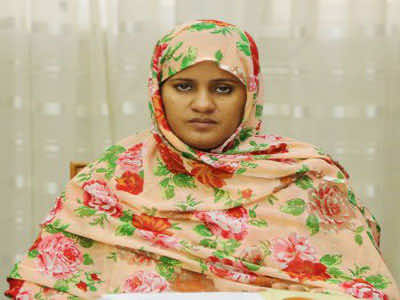 By
Aziz Allilou
-
Aziz Allilou is a student at the Higher Institute of Media and Communications (ISIC) and Morocco World News correspondent in Rabat.
Feb 15, 2014

Rabat – The new Mauritanian government announced last week will include a new Sports Minister who doesn’t know anything about sports and has never watched a sports game.

Fatima Fal Bent Souinaa, the new Sports Minister, told an official visitor that she has never watched a sports match, “but now, I am obliged to start watching the sports games”, according to the February 15th issue of Al-Kuds Al-Arabi.

According to the same source, Bent Souinnaa has to start from scratch to learn about the athletic sector and its problems.

The sports sector in Mauritania has been experiencing serious problems because the ministers who have been in charge of sports in the past were not aware of the nature of the issues. Although Mauritanian athletes have been calling for a change in the management of this ministry, no sports figure has ever been appointed Sports Minister since the country’s independence.

Bent Souinaa is the fourth woman to be appointed sports minister, after Muhla Bent Ahmad in 2005 and Sisah Bent Bida in 2008. Bida spent five years at the sports ministry until she was replaced last year by Lalla Bent Cherif, who spent only eight months in the ministry.