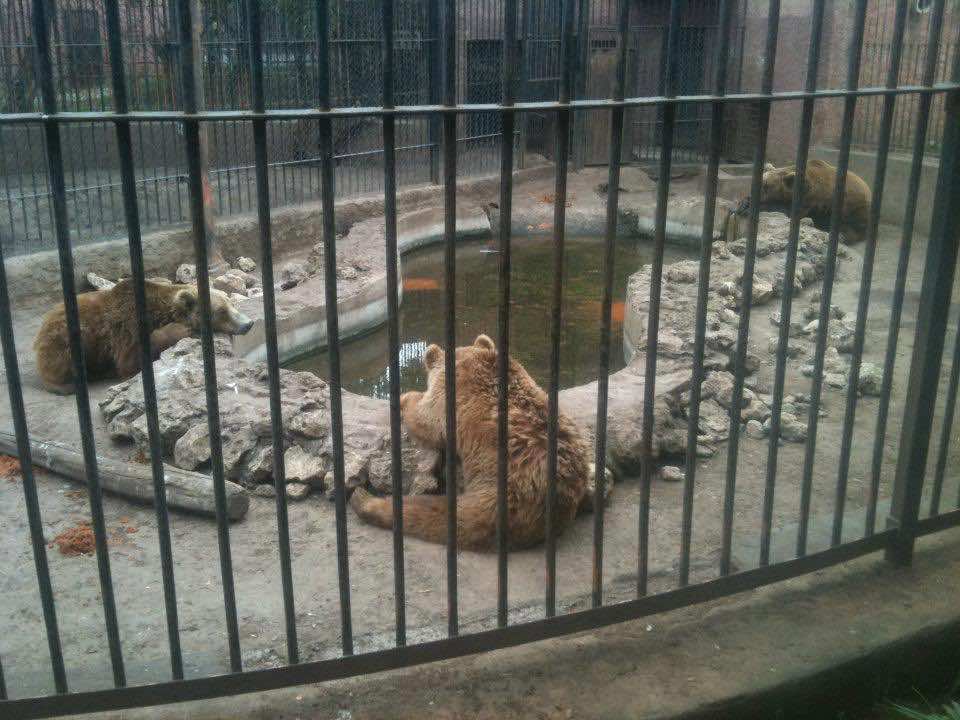 That humans suffer the worst deplorable situations imaginable on a daily basis is something that we might have grown accustomed to in Morocco. To see voiceless animals caged for life, deprived of food, and resigned to their plight, is heartbreaking and calls for alarm.

The Zoo of Ain Sebaa, located in Casablanca, the fledgling economic hub of Morocco, was an institution that was once the pride jewel of every Moroccan. The sad reality is that the Zoo has fallen on a downward hard times due to neglect and mismanagement for years, and has become more of a moral pitiful slow death of the animals living there under some of the most unsanitary despicable conditions those animals are subjected to everyday.

The zoo was a curious attraction to countless people from different ages and different parts of Morocco for decades. Now it is but a dilapidated long forgotten facility forsaken by time and misery and the misfortune of the resilient animals housed there.

The animals continue to make do with the meager rations they receive every now and then from the keepers. Lodged in cages with leaky roofs and clogged drains, many of these animals have surrendered to the benevolence of caring banana throwers here and there, pieces of meat here and there, and regular meals come most irregularly to them.

No one knows for sure how this fall from grace came about to afflict Ain Sbaa zoo, but we know for sure that it needs some urgent attention before animals start dying from preventable diseases and malnutrition.

Memories of kids begging their parents for weeks to get them to the zoo on the weekend were now just memories that haunt the conscience of those who still care. The sounds of their laughter as they were first introduced to a real monkey still resonate in my ears and in my hollow heart.

Visits to the Zoo taught kids to appreciate other forms of life and instill basic values such as respect for all creatures large and small. Respect for the animals that were not native to Morocco and were brought in as guests. They end up living in such unhospitable cages day in and day out.

The Zoo today is nothing but a stinky repulsive home to the very animals that were uprooted from their natural habitat only to end up bleeding life because they were uncared for, neglected, and deprived of the most basic needs. Perhaps the first feeling that hits you once you set foot on its ground is that of despair for the animals.

During the last visits that we made to the Zoo, we couldn’t see one single guard in charge of making rounds to monitor the tours. Previously, three thieves climbed the walls of the Zoo in their attempt to steal the Zoo’s only ostrich. Had there been a guard in there, the AMPAE believed, it wouldn’t have been possible for these men to have injured the largest living bird.

On the bright side, the redevelopment of the zoo will be launched soon, but the fate of those animals is anyone’s guess. How are Moroccans going to be assured that the animals are not in danger? There is a general consensus among all who see the conditions of the animals at the zoo that something needs to be done urgently to prevent animal starvation and mistreatment at others zoos in the country.

A 3rd visit to the zoo will take place this Sunday, at 10am Ain Sebaa Zoo to raise awareness about this crisis, and to give the starving animals food and water.