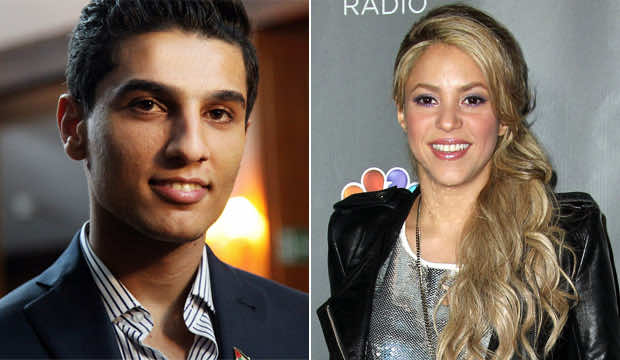 By
youssef sourgo
-
Youssef Sourgo is currently a Master’s student in Linguistic and Literary studies at Ain Chok Faculty of Letters and Humanities.
Feb 16, 2014
Spread the love

Casablanca- In a move of solidarity with Palestinian singer Mohammed Assaf, Shakira decides to boycott the FIFA World Cup to be held in Brazil next summer.

According to news website Policymic, Palestinian Arab Idol winner Mohammad Assaf has been banned from performing at the World Cup opening ceremony this summer. As a result of this decision, international diva Shakira, who was also scheduled to perform at the ceremony, decided to boycott the event.

In a recent press conference, Assad said he was surprised to learn from his record company that he would not perform at the opening ceremony of the World Cup in Brazil.

Assaf said that it was because of a number of unspecified “countries” or “groups” his performance was cancelled.

The Palestinian added that Colombian diva Shakira has refused to perform at the ceremony because of that. The “Waka Waka” singer decided to boycott the event as a response to Assaf’s banning from the World Cup’s opening ceremony.

Assaf “made it happen” last year when he won the Arab Idol singing competition. He then became the favorite singer of millions of fans worldwide.

Assaf subsequently became a Palestinian hero, as a deluge of people flooded Gaza and Ramallah to celebrate his victory at Arab Idol.

One of his fans was apparently FIFA President Sepp Blatter, who had visited Palestine last summer, and said he would invite Assaf to sing at this summer’s World Cup.

FIFA then reported that Assaf and Shakira might sing together at the World Cup opening ceremony, but now it doesn’t seem to be the case anymore.

Assaf’s popularity also made him the subject of harsh criticism. According to Policymic, Israeli Prime Minister Benjamin Netanyahu had sent an email to Secretary of State John Kerry in which he told him that Assaf was performing songs that incited Palestinians to hate Jews.