New York- According to the Canadian news website Le Journal de Montreal, a woman gave birth on Saturday night on a Royal Air Maroc while on a flight between Casablanca to Montreal. 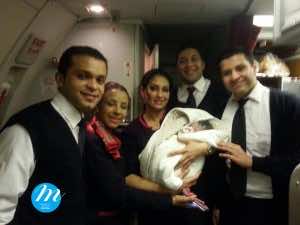 According to the same source, a nurse who was on board the aircraft helped the woman to give birth, about 90 minutes before landing in Montreal.

“The nurse did a good job as the mom and the newborn were doing well, according to Bob Lamle, Head of Division at Urgences-santé,” the same source added.

This is not the first time a passenger gives birth on a Royal Air Maroc flight. Last August another woman gave birth while onboard a flight between Casablanca and Bologna, Italy.