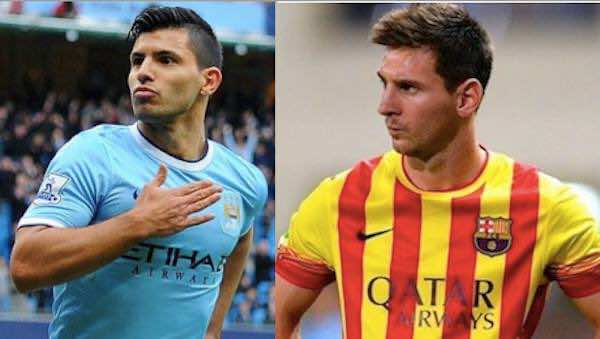 Rabat – This Thursday will be the most important game of the Champions League: the match of Spain’s champion FC Barcelona and former champion of the Premier League, Manchester City.

Man City suffers from the absence of many players, including the Argentinian striker Sergio Aguero. Tata Martino, the coach of FC Barcelona, said that his team will play a great match on the pitch. Will these words backfire at Etihad Stadium? Here are seven things to know about Tuesday’s match.

After his transfer from Malaga to Man City last summer, Chilean Coach Manuel Pellegrini will lead this team for the first time in the Round of 16 against the Catalan giants. Previously, Pellegrini only won four of 22 matches against these formidable opponents.

Barcelona has played against English clubs 29 times, with seven wins. The most important victory was in the 2011 Champions League final against Manchester at Wembly Stadium.

3. In Search of Their First Victory

FC Barcelona has previously played four matches in the city of Manchester for the Champions League. Messi’s colleagues failed to achieve victory in each one.

Man City faced Barcelona on six previous friendly occasions. The first encounter was in 1952, with Barca winning 5-1. The last friendly was in 2009 during preparation period.

Man City’s midfielder YaYa Toure played 74 games with Buloagrana during three seasons and scored only four goals. He was also crowned twice in La Liga and once in the Champions League.

Martino’s team will try to achieve a new record: make it to the quarterfinals for the seventh time in a row. Alternatively, Man City would participate in the Round of 16 for the first time in its history.

7. Neymar in England for the First Time

After moving to Barcelona from the Brazilian team Santos, young super star Neymar Da Silva will play his first match in England with the Catalans. It is an important occasion for him to gain the trust of his fans and coach after his last injury.