Philadelphia - Soultana encourages youth to work hard for their dreams of social change. “That’s what I do every day,” she told MWN. 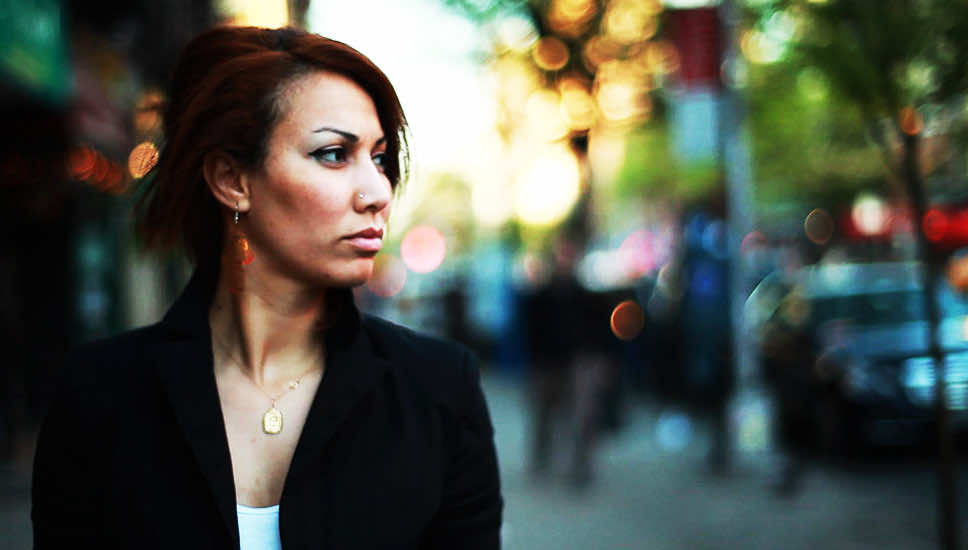 By
Jessica Rohan
-
Jessica Rohan recently graduated from the University of Pittsburgh, where she studied sociology, anthropology and global studies focusing on the Middle East and North Africa
Feb 18, 2014

Philadelphia – Soultana encourages youth to work hard for their dreams of social change. “That’s what I do every day,” she told MWN.

Youssra Oukaf, a rapper better known as Soultana, first entered the hip-hop scene at age 13, growing up in the Ain Sebaa neighborhood of Casablanca. “I was a young skinny girl with curly hair, playing basketball, dancing on the streets and chilling with old school rappers studying at the American Language Center, listening to K7’s old school rap every day,” Soultana says.

Soultana first rose to fame in Morocco as a member of all-female rap group Tigresse Flow, winning at Ouf du Bled and Mawazine in 2008. Now, the 28-year-old is an internationally recognized artist best known for her single “Sawt Nssa” (The Voice of Women).

But Moroccan hip-hop artists did not always have the support they now enjoy. “At first, we didn’t face obstacles, we made rhymes on the streets…but problems started when rappers wanted to record and there were no studios, no hip-hop events just ‘La Cage’, a night club for hip-hoppers, ‘L’Boulevards’ in F.O.L, ‘Auto Hall’ for dancers. As a rapper I tried many times to search for studios, until 2003. The movement became famous, and a lot of festivals started to bring rappers to perform on their stages,” the artist says.

For Soultana, rap is a platform for discussing important social problems. “Rap is an art to talk about issues: poverty, violence, abuse, societal contradictions,” she says. “The people who suffer from these issues are the people who listen to this kind of music.” She says that change can only occur if people change themselves first. “For me it’s 50% people and 50% government. This change will be made if people change their mentalities, then it’s time to talk about the government.”

Oukaf is committed to reaching her Moroccan audience by rapping in darija (Moroccan Arabic): “It’s my language, a street language in Morocco, and to make my lyrics clear for my people I have to sing in the language of my people… sometimes I have to revise in order to write the cleanest and clearest lyrics for the listeners.”

Darija also serves to promote her native country abroad. “I think that this is the only way to make this language known by other countries, if we say that artists are ambassadors of their countries,” Soultana says.

The rapper advises young people who want to create positive social change to work hard and believe in their talent.

“What surprised me the most in becoming a rapper is that at first, it was so easy in my eyes to be an artist, but after my experiences on stage in Morocco and outside Morocco, I realized that it’s not easy to improve yourself and to present your art to the world. To meet big artists and see how they believe in their dreams, how they did a lot of things from nothing… it has made me change my mind and think about what it means to be human, with only this small amount of intelligence and fortitude.”

Now, Oukaf’s dream is to use her success to support aspiring performers. She and Rabat rapper I.N.S. are working to create an association that would organize festivals and social events for the local hip-hop scene.

The artist hopes that the association will raise enough money to open a studio for young artists to record, especially girls. “I see myself as a woman with experience, a woman who takes care of a culture that she loves,” she says. Soultana is currently working on a new album with I.N.S., to be released later this year.