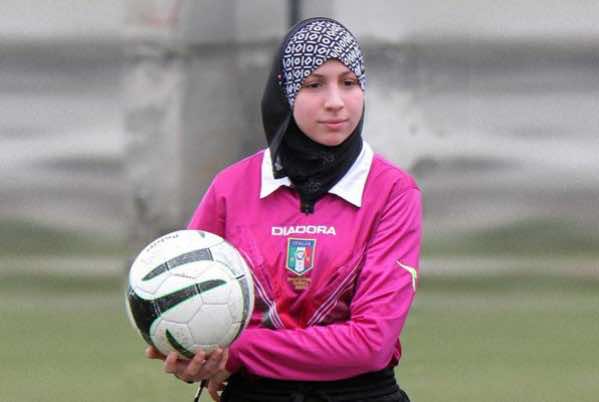 Rabat- For the first time in the history of Italian football, a female referee conducted a football match while wearing the Islamic head covering, known as hijab.

Chahida Chekkafi, a young Italian of Moroccan origin, was the referee of a football match between two male teams, San Luigi and Karimou Stradevar, in the north of Italy.

Chekkafi was born and raised in Italy. As a 16-year-old referee for the Italian football league for young players, she commanded the admiration of those who know her. Her mother was a football player in Morocco.

The Italian daily newspaper Corriere Della Sera dedicated an article on its front page on Monday to the story, and quoted the President of the Committee of Referees in Milan describing Chahida as “shy and young but talented and determined.”