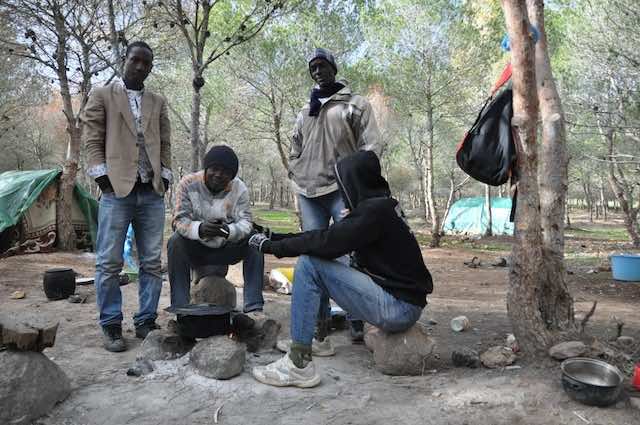 By
Larbi Arbaoui
-
Larbi is a freelance writer and assistant editor at Morocco World News.
Feb 18, 2014

Taroudant- According to the English El Pais, approximately 30,000 illegal sub-Saharan migrants are camped out in Morocco, waiting for an opportunity to enter Europe through Ceuta and Melilla.

The same source added that the migrants are exerting a strong migratory pressure around the two cities especially after the last attack in which 15 African migrants died in Tarajal beach, Ceuta.

The increasing number of illegal sub-Saharan migrants imposes a serious problem for Morocco and Spain.

Spain has allegedly used “rubber bullets to deter migrants in Ceuta,” which prompted the European Commission to demand explanations from Spain.

According to El Pais, Cecilia Malmström, the Home Affairs Commissioner, said she was “very concerned about the Spanish border police using rubber bullets to deter migrants in Ceuta.”

With the repeating attempts to cross the barbed-wire border fence of the two enclaves of Ceuta andMelilla, Spain wants help from its EU partners.

“We must insist that the European Union gets involved. That is the situation that the Spanish government finds itself in. It must demand European Union involvement,” said Daniel Conesa, spokesman for the Melilla local government on Euronew.

In a recent YoutTube video, a Spanish military ship was spotted in Moroccan waters without any authorization deporting illegal immigrants.

Thousands of refugees and illegal migrants from sub-Saharan Africa flock to Morocco with the aim to cross the sea to Europe, but many who could not make it to the other side stay  in the country illegally in hopes  of finding a job.

According to a recent documentary released by BBC, Morocco is the one country in the region prepared to help refugees.

“La Fondation Orient-Occident” (Orient-Occident Foundation), a Moroccan foundation of women,  offers professional training and  opportunities to earn a decent living to hundreds of refugees from troubled areas  of the Middle East and Africa who end up in Morocco.

Last January, Morocco launched an operation to give residency permits to tens of thousands of immigrants living in the country illegally in efforts to make a difference in their lives and to extend to them new opportunities.