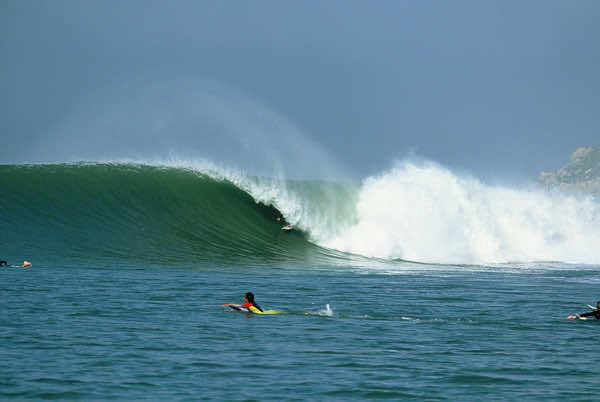 By
Aziz Allilou
-
Aziz Allilou is a student at the Higher Institute of Media and Communications (ISIC) and Morocco World News correspondent in Rabat.
Feb 19, 2014

Rabat- According to Moroccan daily newspaper, Al Massaa, an Israeli advertising producer rented the beach of Safi to film sports scenes and prevented local citizens from having access for three days.

Windsurfers, kite surfers and recreation lovers were disappointed when they arrived at the famous, recognized surf spot on Safi beach, only to find it surrounded by barriers and police officers who banned them from entering the beach facilities.

The seashore was covered with huge spotlights, cameras and other film equipment, when the Israeli advertising producer rented the beach for three successive days to film surf scenes for international television and sports magazines.

The local marine sports associations denounced the closure of the beach as a seizure by the Israeli producer without an authorization from the local Safi authorities.

In a statement to the same source, officials said that the municipality of Safi had not authorized the use of spotlights, and that it did not know about the Israeli citizen’s actions.

Aware of the wind conditions at the location, the Israeli, who is of Lebanese descent, comes frequently to Safi and closes the beach to the local population in order to film surf scenes.

Located north of Safi, the surf spot of Sidi Bouzid is an international standard point-break for surfers. Regular, fast and powerful, its waves are ranked among the top 10 in the world.