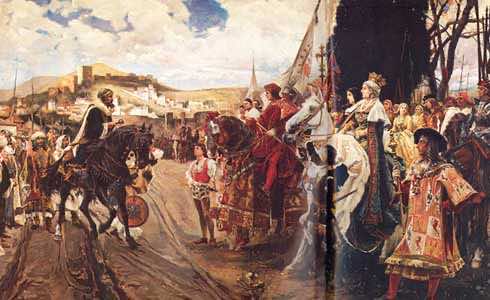 Casablanca- Some people celebrated last Friday as the day of love. The celebration has become a tradition whereby the lovers, married or not, buy gifts and exchange sweet words. February 14th refers to a romantic person, Saint Valentine.

However, whatever the truth, Moroccans help the god in his loneliness, even though they should be more inspired to celebrate other gods, such as the gods of Poverty or Corruption.

Moroccans who celebrate this day of love,do it only to show that they are more ahead of their time than others. That is why they buy red and white roses that cost more than 50 DH apiece.

Indeed, the price flowers on February 13 is different than on February 14. People also buy chocolate and organize parties where romanticism reigns supreme in private. Others dress in red and go out so that everyone knows.

It is nice that people celebrate love, but love is like the air: it does not need a day dedicated to it. It must be something permanent, or not at all. But the trouble is that whenever something disappears, humans dedicate a day to commemorate it. It is the least that we can do.

February 14 is also a day marking a national historic tragedy,. This is when Queen Isabella of Spain decided to complicate Muslim Andalousians’ lives in the late 15th century. And when someone brings up Muslim Andalusians, we think of Moroccans; and when we think of Moroccans, we necessarily think about all those among them that, today, live in ignorance of the history of their ancestors.

Andalusia is not only the eponymous music or the remains of architectural art. No, Andalusia also has a dark history, which began in 1492 when Andalusians did not even have the right to produce their olive oil. This was a Muslim practice at the time. Muslims could not wash on Friday. They had to convert to Christianity and change their names. They also had to leave the door of their homes open to the troops of the Inquisition so that they could enter at any time of day or night. They would make sure that the occupants did not have any reminders of Islam; otherwise, the stakes were lighted and the questions were endless. In the best case, when the Inquisitors were in a good mood, they simply expelled the “convicted.”

On February 14th, the Catholic Queen Isabella decided to crack down on the Andalusians. She confiscated their property and totally denied their rights. She was a radical and violent woman who thought that the torments inflicted on people were divine will and the expression of the Christian message. That’s why she showed her hate. It happened on February 14, and this day became the day of hate and not of love.

If Moroccans knew their history, they would be more careful about celebrating this day. There are 6 million people in Morocco whose Andalusian ancestors lived through the infamous February 14 crackdown.

Moroccans have a strong relationship with Andalusia and the Iberian peninsula because they are the ones who conquered it with their troops. These troops were mainly Amazigh whose descendants formed the great people of this great country for more than eight centuries. Therefore, February 14 is not connected to those who are Andalusian only, but it is a bitter memory for all Moroccans.

But what do you see these days? A special TV program? No. A documentary about this painful period? No. The publication of books recalling these tragic events? Absolutely not. Newspaper articles writing on this period? Never. Has the head of government said a word about these missing persons? No, nothing, nothing at all but emptiness. We are a sick nation. A seriously sick nation that turns a day of hatred into day of love!