Morocco World News
Home Education The Linguistic Rivalry Between the Symbolic and the Utilitarian: The Case of...

Casablanca- The linguistic situation in Morocco has been marked by a discernable tension between the languages associated with tradition and those associated with modernity and progress. Gravel (1997) notes that“the language situation in Morocco…has been expressed…most markedly in the need to resolve the boundary lines between the Symbolic and the Utilitarian” (190). 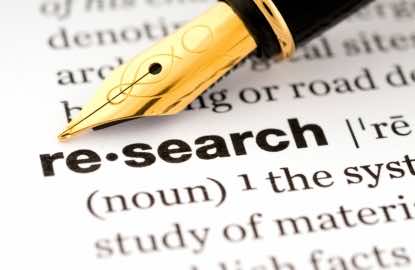 By
youssef sourgo
-
Youssef Sourgo is currently a Master’s student in Linguistic and Literary studies at Ain Chok Faculty of Letters and Humanities.
Feb 19, 2014

Casablanca- The linguistic situation in Morocco has been marked by a discernable tension between the languages associated with tradition and those associated with modernity and progress. Gravel (1997) notes that“the language situation in Morocco…has been expressed…most markedly in the need to resolve the boundary lines between the Symbolic and the Utilitarian” (190).

A case in point is the rivalry between Arabic and French, the language of the ex-colonizer. Arabic is associated with tradition, cultural, religious and national identity, whereas French is associated with modernity and progress. This linguistic dichotomy was amplified by the Arabization policy adopted by Morocco after its independence from the French colonization.

This linguistic duality is also manifested in the educational realm as well as in the disparities between social classes in Morocco. This paper attempts to conclude that this rivalry between Arabic and French should no longer be addressed through the question of which language can substitute the other, but rather through an inclusive, multilingual approach that recognizes the importance of both languages in the country’s aspiration for modernity.

In Morocco, the two mainly used varieties of Arabic, Modern Standard Arabic (MSA) and Moroccan Arabic (MA), are both referred to as the vehicles and indicators of national, religious, and cultural identity. Grandguillaume (2004) argues that Arabic still maintains a strong relationship with Islam despite its introduction to modernity and the world of secularism (2).

Mostly used in formal settings in Morocco, Modern Standard Arabic is a variety that was developed based on Classical Arabic for modern uses. However, both MSA and MA are strongly linked to notions of nationalism, memory and patrimony in Morocco.  French, on the other hand, has been the language of social and economic success (Grandguillaume 3) since the kingdom’s independence from the French occupation in 1956. The Arabization policy adopted by Morocco subsequent to its independence sought to substitute the modern sociopolitical status of colonial French with that of Arabic.

The decolonizing mission of the Arabization policy is one of the main factors behind the current rivalry between French and Arabic in Morocco. The Arabization policy did not only aim to generalize and promote the use of Arabic, but also attempted to assign to it the functions that French had been used for (Grandguillaume 8). The Arabization process sought to substitute French, the colonial language, with MSA, a variety that was intended to become Morocco’s new linguistic alternative to stand the challenge of modernity.

However, French sustained its status as the language of communication with the modern world, whereas MSA could not go beyond its restricted domains, such as formal speeches and religious discourse (Ennaji 3). For instance, French has now become, along with English, the language of modern technology in Morocco. The majority of technological products sold in the country have French as their main language of use. MSA, on the other hand, is seldom included as a language option in the menus of digital products sold in Morocco, and very few computer software, for instance, have their Arabic versions.

The tension between Arabic and French is a tension between what Gravel (1979) calls the “Symbolic” and the “Utilitarian” (190). CA and MSA have a symbolic significance in Morocco. CA, the language of the Quran, is mainly associated with the Islamic identity and the glorious past of Arabs and Muslims. For its part, MSA is often used to stress the Arab dimension of the Moroccan identity as well as the history Morocco shares with the larger Arab community.

MSA is also the language of a rich body of Moroccan literary works, as well as the language used in religious and academic debates. These traditional functions have granted both CA and MSA a symbolic significance in Morocco. French, on the other hand, has been the language of economic and social success in the kingdom, or what Grandguillaume (2004) calls “la langue du pain” (the language of bread) (3).

One example of the utilitarian role that French plays in Morocco is observable in higher education, which was an exception to the Arabization process. One reason for this is that both the socioeconomic environment and the job market in Morocco necessitate the use of French (Ennaji 8). The second reason is that the majority of academic references and resources on various fields of study are in French or English (ibid.). Hence, the dominance of French has been maintained in the educational realm in Morocco for utilitarian purposes.

The rivalry between French and Arabic in Morocco is also observable in the social sphere. The duality between Moroccan Arabic (MA) and French has engendered what Grandguillaume (2004) calls “une fracture sociale” (a social rupture) between two social classes in Morocco: the aristocrats and the working class. The majority of the Moroccan elite was trained in French universities (Boukous 24), and thus speaks French as a prestigious means of class distinction and identification.

Morocco’s economic dependence on France has also compelled the upper class to make of French the primary language of economic exchange and business management, a function that MSA—let alone MA—was not able to fulfill (Grandguillaume 3).  Moroccan Arabic, on the other hand, enjoys a covert prestige, and is spoken mainly by the middle and lower classes in Morocco. It is the language of small-scale businesses and the predominant communicative code in low functional domains, such as home and the street (Chakrani 168). Therefore, the duality between French and both varieties of Arabic is not only linguistic but also class-bound.

The attitudes expressed by the representatives of two social classes in Morocco, the upper and middle classes, towards French or Arabic, also reflect the acute rivalry between the two languages. A portion of the Moroccan population representing the middle class regards French as a vehicle of Western values and ideologies (Ennaji 9), and deems MA as emblematic of local identity and cultural authenticity (Chakrani 168). For a considerable segment of this social class, Arabization is a necessary process for preserving national, religious and cultural identity in Morocco against the predominance of French and the colonial past attached to it.

On the other hand, an important portion of the upper class in Morocco views MA, MSA as well as Berber, as restricting languages with less potential to meet the demands of modernity  (ibid.). However, a segment of the Moroccan elite speaks Arabic as well, but in very limited contexts and for utilitarian purposes, for example when addressing representatives of the middle class. Consequently, the negative attitudes held by the two disparate social classes accentuate the tensions between Arabic and French and divert attention from the most urgent and clogging issues Morocco still faces.

What arises from such linguistic rivalry between the languages associated with modernity and the languages associated with tradition and identity is what Gravel (1979) describes as “the true Moroccan dilemma, the problem which distills all other problems facing the country” (190). Arabization in Morocco was one of the policies that became entrapped in such a linguistic dilemma. Arabization did not seek to rid a post-colonial country from its clogging issues, but rather focused on stripping French of its status as the colonial language of modernity and replace it with Arabic.

Contradictorily, the proponents of Arabization targeted modernity through Arabic while attempting to maintain its traditional function as the emblem of cultural and national identity. This has further weakened the Arabic language in Morocco and increased the gravity of overlooked problems in various domains, such as healthcare and the quality of education.

Hence, the question of modernity posed by the rivalry between French and Arabic in Morocco should no longer be addressed from the narrow vantage point of which language can substitute the other, as the challenge posed by globalization does not forcibly impose a rupture with the past. According to Grandguillaume (2004), Arabic can be a vehicle of modernity without having to eradicate French and strip it of its status and functions (9).

This is the view generally held by proponents of multilingualism in Morocco. Instead of nurturing a linguistic antagonism between the symbolic and the utilitarian, the focus must rather be on developing linguistic policies that can merge both dimensions—the traditional and the modern—in order to overcome the challenges of globalization and resolve the urgent issues clogging Moroccan development. This is what Boukous (2001) meant when noting that

…coping with globalization necessitates a good command of multilingual and multicultural education to assure the sharing of the symbolic heritage of humanity as a condition of universal harmony. (26)

Gravel, Louis-Andre?. A Sociolinguistic Investigation of Multilingualism in Morocco, 1979. Print. 190