San Francisco — Facebook is betting huge on mobile with an eye-popping cash-and-stock deal worth up to $19 billion for Internet Age smartphone messaging service WhatsApp. 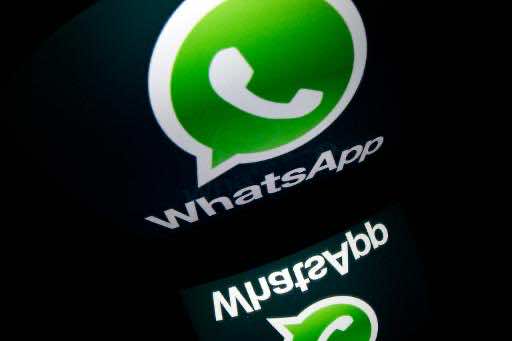 San Francisco — Facebook is betting huge on mobile with an eye-popping cash-and-stock deal worth up to $19 billion for Internet Age smartphone messaging service WhatsApp.

The surprise, mega-deal announced on Wednesday bolsters the world’s biggest social network — which has more than 1.2 billion members — with the 450-million-strong WhatsApp, which will be operated independently with its own board.

It fits with Facebook founder Mark Zuckerberg’s focus on being at the center of lifestyles in which billions of people around the world share whatever they wish over the Internet using smartphones or tablets.

It is Facebook’s biggest acquisition and comes less than two years after the California-based Internet star raised $16 billion in the richest tech sector public stock offering.

Zuckerberg said that WhatsApp — a cross-platform mobile app which allows users to exchange messages without having to pay telecom charges — was worth the steep price because its blistering growth around the globe has it on a clear path to hit a billion users and beyond.

“Services with a billion people using them are all incredibly valuable,” Zuckerberg said while discussing the purchase price during a conference call with analysts.

The deal came from a chat Zuckerberg had with WhatsApp co-founder Jan Koum, whom he described as a “valuable thought partner” and friend of many years.

“Last Sunday evening, about 11 days ago, I proposed if we joined together that would help us really connect the rest of the world,” Zuckerberg said.

“He thought about it over the course of the week, came back and said he was interested.”

The purchase includes $12 billion in Facebook shares and $4 billion cash. It calls for an additional $3 billion in restricted stock units to be granted to WhatsApp founders and employees that will vest over four years.

Facebook reportedly sought to acquire another hot messaging firm, Snapchat, for $3 billion last year. In 2012 Facebook closed its deal for Instagram, worth some $1 billion at the time based on stock value.

Koum, who joins Facebook’s board under the deal, said: “WhatsApp’s extremely high user engagement and rapid growth are driven by the simple, powerful and instantaneous messaging capabilities we provide.”

In a blog post, Koum added: “Almost five years ago we started WhatsApp with a simple mission: building a cool product used globally by everybody. Nothing else mattered to us.”

The tie-up gives WhatsApp “the flexibility to grow and expand,” Koum said.

Zuckerberg and Koum, who both took part in the conference call, did not discuss details about WhatsApp revenue, saying the focus for the foreseeable future would be on growth, not making money.

WhatsApp software is available free, but after a year, users are asked to pay annual subscriptions of 99 cents each.

The acquisition represents likely the biggest-ever price for a tech startup, trumping the $8.5 billion paid for Skype — which allows users to make voice and video calls over the Internet — by Microsoft in 2011.

“The size of this deal is really massive and it will get people talking about a bubble,” Greg Sterling at Opus Research told AFP.

Sterling said the deal is a risk for Facebook because “in social media you have a flavor of the month, and next year we might have another app with extremely rapid growth.”

“I think (the high price tag) comes from the frustration of not being able to buy Snapchat, and then there is the youth factor,” Sterling added.

“Facebook really needs to have vehicles to attract younger users, and Instagram is not going to do that by itself.”

With this strategy, Sterling said Facebook “is becoming a kind of holding company for different social media properties that appeal to different groups.”

Sterling said Facebook may have some ability to “monetize” WhatsApp by delivering ads over the messaging service.

Roger Kay at Endpoint Technologies said WhatsApp has become one of the most popular mobile applications worldwide “because it allows you to message anybody anywhere for free.”

Kay said the deal makes sense on one level because of Facebook’s record stock run-up.

“When you have a stock like that which has run up quickly and created a lot of paper value, it’s good to trade that for other value,” he told AFP.

“It’s not obvious how they can get $12 billion out of this but it’s been clear for a while that WhatsApp is very interesting. It reminds me a little bit of Skype.”