Taroudant, Morocco - The young Egyptian singer Carmen Soliman, winner of the first version of the Arab Idol, expressed her disaproval of Dounia Batma’s marriage with a married man. 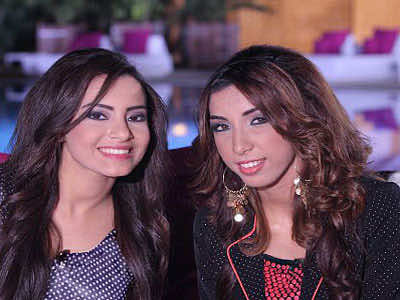 By
Larbi Arbaoui
-
Larbi is a freelance writer and assistant editor at Morocco World News.
Feb 20, 2014

Taroudant, Morocco – The young Egyptian singer Carmen Soliman, winner of the first version of the Arab Idol, expressed her disaproval of Dounia Batma’s marriage with a married man.

“If my husband decides to remarry, I will leave him immediately without hesitation or regret,” said Carmen, alluding to Dounia Batma who married with the Bahraini Mohamed Al Turk, a married man.

“I’m not for early marriage, but Dounia Batma is quite old (22 years). I personally prefer to finish my university studies first,” Carmen Soliman said, according to Al Quds Al Arabi.

Unlike Donia Batma, the young Egyptian singer added that she is very jealous and she prefers to be the only wife of her husband.

“As far as I am concerned, Donia made a mistake when she married a married person, who perhaps has children, at a time when women in her country are struggling to break with polygamy,” wrote a comment on Al Quds Al Arabi.

Batma’s marriage with the Bahraini millionaire, which took place in one of the luxurious hotels in her home city, Casablanca, stirred a controversy in Morocco.