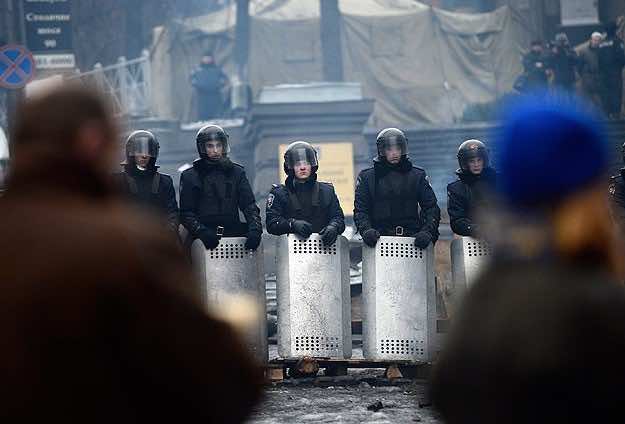 Speaking in the government’s meeting on Thursday, Medvedev said: “It is necessary for the partners themselves to maintain their tone and for the active authorities in Ukraine to be legitimate and effective, not a doormat for everyone to clean their feet on,” Medvedev added.

“The authorities must concentrate on the objective of protecting the people, protecting the law enforcers who protect the state interests and the people themselves. Only in this case we could further develop the full-fledged economic cooperation,” the prime minister noted.

Russia announced on Monday it would buy US$2 billion worth of Ukraine debt in bonds, as part of its US$15 billion financial aid, plus trade incentives which helped sway Yanukovych in November.