MADRID - Spain bowed to pressure Friday and released "full" footage of an attempt by hundreds of African migrants to swim to the Spanish territory of Ceuta in which 15 people drowned. 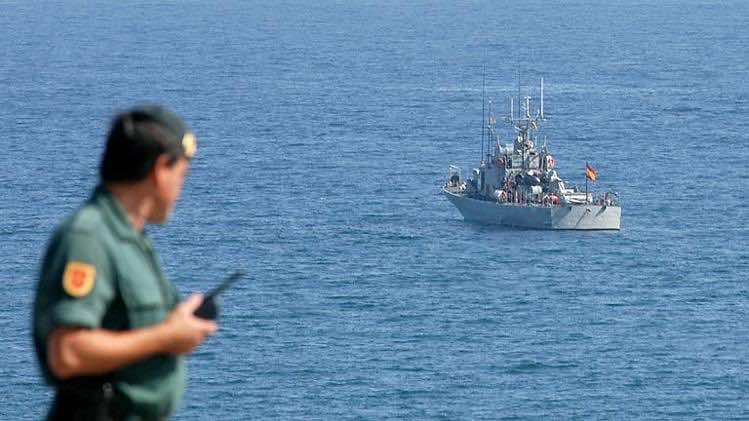 MADRID – Spain bowed to pressure Friday and released “full” footage of an attempt by hundreds of African migrants to swim to the Spanish territory of Ceuta in which 15 people drowned.

Migrants told Spanish media that police fired rubber bullets at them and sprayed them with tear gas on February 6 as they tried to swim a breakwater that separates Moroccan and Spanish waters.

Police originally said they did not fire rubber bullets when the migrants were in the water, only after they had reached land — and only in the air as a deterrent.

But Interior Minister Jorge Fernandez told parliament last week that rubber bullets had been fired while the migrants were in the water, to a distance of at least 25 metres (80 feet) from them. He did not mention the tear gas.

The minister said the shots were never intended to hit migrants and were appropriate since the migrants were acting aggressively.

Up until now police have only posted video footage online of migrants throwing stones at the border fence but not of the moment when they went into the sea to try to swim around to Spanish land.

But on Friday the interior ministry posted on its website a video containing what it said were the “full images” taken by police security cameras at the border.

The footage was turned over on Thursday to a court in Ceuta that is investigating the drownings.

“In the images, which are still awaiting a full forensic analysis, we do not see any migrant being struck,” the commander of Spain’s Civil Guards, Fernando Cubillo, said in the video.

A coalition of left-wing parties, including the main opposition Socialists, had threated to launch a parliamentary investigation if the footage was not released.

European Union officials have said they will ask Spain to explain why police fired rubber bullets at migrants trying to reach Ceuta.

Ceuta and Melilla, Spain’s other exclave in north Africa, have the European Union’s only land borders with Africa.