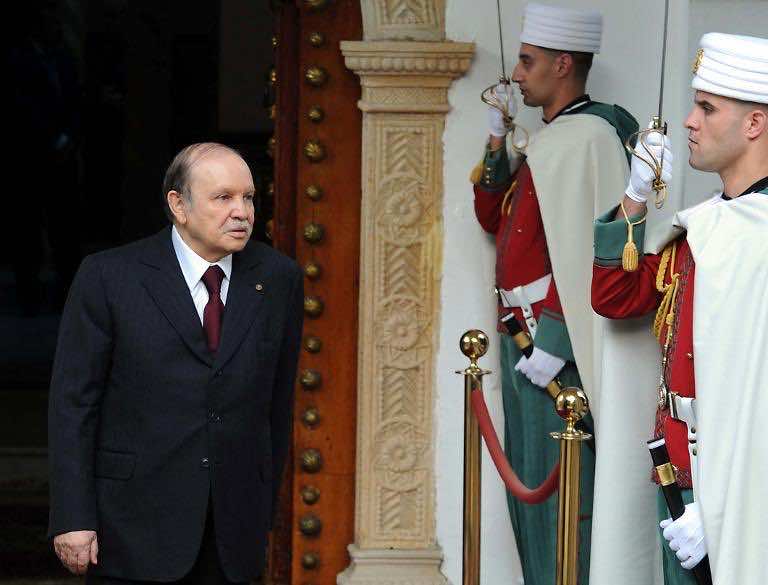 Bouteflika, who has been in power for 15 years, suffered a mini-stroke last year that confined him to a Paris hospital for three months, and it had been unclear whether his health would prevent him from standing again.

A screen caption said the presidency had confirmed that Bouteflika had informed the interior ministry of his intention to run in the April 17 poll and to collect the appropriate documents for signature.

Algerian electoral law requires each candidate to gather at least 60,000 signatures from supporters across no fewer than 25 provinces.

The television channel had previously said Bouteflika would pick up the documents on Sunday, adding he might send someone else to collect them in his place.

The broadcaster had said Bouteflika’s decision was his “response to the encouragement of citizens from all over the country”.

One of the few remaining veterans of the war of independence against France, Bouteflika came to power in 1999. The latest years of his rule have been dogged by ill health and more recently by corruption scandals implicating members of his inner circle.

He also tried to check the power of Algeria’s unelected military and intelligence leaders, who have played a key role in the North African country’s politics since its independence from France in 1962.

Despite his efforts to roll back their prerogatives, the army and its secretive DRS intelligence agency retain much of the political power they have wielded.

There has been a mounting war of words over the role of the military in public life, relayed by Algeria’s independent media, in which senior officers were portrayed as opposing a fourth term for Bouteflika.

This month, a retired senior general urged him to step down “with dignity” and not stand for reelection.

Hocine Benhadid also accused the president’s inner circle of “treason” after Amar Saidani, the ruling party’s secretary general, publicly accused the military intelligence chief of interfering in politics to the detriment of the country’s security.

But the president himself hit out on Tuesday at what he said were moves to undermine his office and the army, suggesting both were falling prey to political infighting.

“The fictitious conflict… within the ranks of the People’s National Army is linked to a destabilisation plan developed by those troubled by Algeria’s regional weight and influence,” he said in comments published by state media.

Bouteflika did not elaborate on the destabilising activities he was referring to.