Morocco World News
Home Society Religion On the veil and education: My grandfather has revealed everything to me 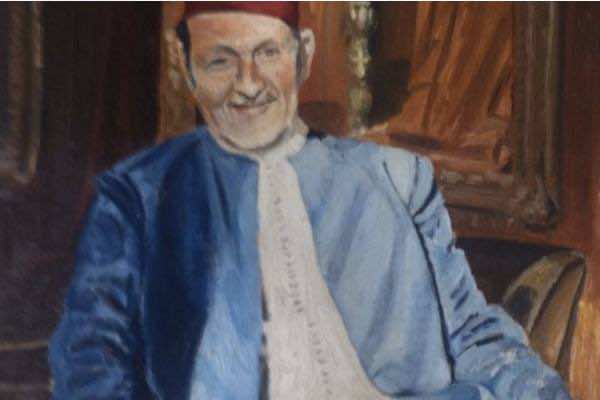 Casablanca – My maternal grandfather is the root of my life–a luminous pure and tough Rifian man, with an optimistic spirit, who did the opposite of what his seniors expected from him. Instead of exploiting familial lands or do business in the city, he took French classes in secret.

My grandfather worked for years as a receptionist in Minzah hotel before settling into work with a travel agency. Having chosen to live in the heart of Tangier, a melting pot at that time, he was able to closely observe all kinds of cultural models. He saw what education made of men and women as well as to what extent it had the capacity to transform and educate them.

My grandfather wanted, and made it a priority, that the members of family acquire  the necessary tools to be open to the world and to what culture and education could bring them in regards to the beauty of the world. Having more daughters than sons, he made education accessible to all of his children, without discrimination as to sex. He struggled to send all of the children he was able to the American school.

In my mind, he is a man, who struggled his entire life so that all the members of his family had the opportunity to study. The elder of my aunts told me he was her hero. I understand her and agree with her comment. Right after his death, thanks to my grandfather, education occupied a very great place in my family. My parents followed in his footsteps, girls and boys always received the same educational opportunities. Everyone was required to succeed in his/her studies, irrespective of the major chosen.

We are not an impious family by any means; adults continue to complete their prayers and fast when it was necessary. Yet, when people in the family chose not to complete some of these commandments, they were not looked down upon. My family believes in God peacefully for His goodness and forgiveness. We were educated with the idea that we should do our best to be good people, who help their relatives, do not lie, cheat, steal, destruct or do harm to whomever, either human or green plant. Those principles have been instilled into us since our childhood, but religion was not a main theme behind the importance of these commandments. Up to my twenties, the central theme was education.

Indeed, after the death of my father, religion began to be the subject of conversation in familial meetings; it became a stronger thematic area. Veils gradually became more and more common on women’s heads, including my mother, aunt, and two cousins. I wonder what my grandfather would think of seeing women in his family opting to hide their fantastic black hair. I think he would prefer to go back to the era when women wore trousers, shorts, and mini-skirts, when men would overtly drink a glass of wine, when mothers would hum along to Bob Dylan instead of bobbing their heads to Nilesat. But now, skirts are old-fashioned; it is the time of veil.

Though I do not fully understand this choice, I respect it. Likewise, my mother respects that I have chosen to live my life unveiled. It is even possible that my mother is more tolerant than I am about this subject. I have never read any part of the Koran stipulating that women should wear the veil.

Admittedly, there is a passage of the Koran that addresses this topic, saying that women would do better if they cover themselves to avoid being harassed. But the question remains, to cover what exactly? This question, most importantly, remains open to discussion. The wives of the prophet were influential and cultured women, who began developing an unfortunate tendency to interfere in social and state affairs. This made the prophet’s opponents among his countrymen try very hard to veil them on the pretext of protecting them against unwelcome visitors. This passage makes the claim that even the prophet’s wives were harassed. This fact propelled the prophet, for the purpose of protection, to give in under such pressure by recommending that his wives become less visible in public. Whether the veil is a political manipulation or a celestial recommendation, the debate remains open. This piece of cloth has crossed centuries, now it is here, just close to me on my mother’s head.

At this point, my lack of understanding reaches unexplored peaks. When I observe this new necessity of women to become less attractive to men, I deduce that this is the purpose of covering. Actually, it is the fear of provoking the tenuous desire, as if the world was all of a sudden dipped in hormones? This is what exactly takes me aback, the insinuation that men are lascivious animals thinking only about a way of jumping on any women they meet on their way, and thus we use the veil like a canister of teargas in order to deter potential aggressors.

This surprise consistently is revived, whenever I bend to kiss, honestly, a conservative man, I get blown off. At that moment he tries gently to explain to me that he does not shake hands. How am I supposed to react to this? A spontaneous and innocent kiss is suddenly replete with a sexual connotation. I spend the whole day giving kisses in large quantities; shall I be considered a dangerous nymphomaniac?

I find the ideology behind the veil as terribly reductive, both for women who are considered merely as bodies to entice, and for men to whom they deny any other intention.

If I am today at peace with my religion, it is just that I grew up in a peaceful conception of it. The values it defends are compatible with those instilled into my character by education. My heart is not closed to religion simply because my mind is in agreement with messages of love and tolerance I received in my childhood.

Education and religion have the same look on humanity. Such look is indulgent and friendly. That look, void of any prejudice or exaggeration, discovers that there is but love, in the word’s broad sense, a universal love in human beings and likewise in other creatures. The power of education is to unveil that religion could be beautiful only through moderation. The latter leaves time to love and cogitate. When we love, we provoke love in the other and make such emotion grow, bring it together with something bigger than that. We love so that our passage on this earth can be used for something rather than leaving a scar on the heart of others. What I acquired through my readings and meetings is that this message can be found in every religion.

The biggest gift to offer to your relatives is to grant them the means to develop their mind freely. Education and education only permits this intellectual freedom. By choosing the path of education, looks will be transformed, people will see beauty in everything and their hearts will become more sensible to love. I want to think that religion does the same. I would like to go back to the joyful and tolerant atmosphere that I knew when I was a child. It allowed me to love people, culture, religions and books in many languages. I believe that education is the only source of love and that my grandfather’s vision was fair and continues to be worth fighting for it.

This article was published in French by hyawhowa, Translated by Said Hanin. Edited by Beau Clark