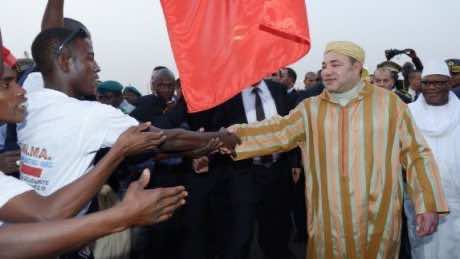 Boston- Will 2014 be the year of Africa? Will the long-awaited events be the sign of the increasing celebrity of the African continent?

The EU-Africa summit, that will take place in Brussels in April, the USA-Africa summit in Washington in August, the visit of the Chinese president in Senegal and the second tour of the king Mohamed VI are all connected.

At the end of January, President Barack Obama has invited 47 African head of states to participate to the USA-Africa Summit. The President had promised it during his visit in Africa last June. Behind this meeting, a seasoned observer could assume that  American President will seek to reinforce the American presence threatened by many ”partners”. Organized under the theme of investment, the aim is to ”highlight the US commitment to Africa’s security, democratic development, and people.”

On the other side of the Atlantic, the topic of the 4th EU-Africa summit will be “Investing in the human element, prosperity and peace”. On the European Council1 website it states, “The 2014 Summit will be the opportunity to take a new look at the EU-Africa partnership, to highlight some of the results obtained and to explore new sectors of future cooperation. Among the topics to be discussed, there will be education and training, women and young people, legal and illegal migratory flows between the two continents, ways to stimulate growth and create jobs, investment for peace and various ways to strengthen the aid provided by the EU to develop the capacities for the African continent to manage security on its territory.”

If relations between the EU and Africa are largely based on a common EU-Africa strategy, which was adopted at the second summit in 2007, the meeting at the White House is being shaken by the increase of investors in Africa.

For example, China covered the construction of the headquarters of African Union, which is estimated at $200 million, and the tallest building in Ethiopia finished in 2011. According to Roads and Kingdoms website, China built no less than 30 governmental and sports facilities over the last 50 years. During his visit last June, Obama has urged Africans to ask more questions to foreign investors, saying that it is “important that Africans check if these interactions are good for Africa.”

Faced with these partnerships, a south-south co-development model is developing, and this is the Morocco-Africa model. A strategy initiated since 2000 when the King of Morocco created the event by announcing – at the last Europe-Africa summit held in Cairo – the cancellation of the least developed African countries’ debt and the total exemption of customs duties on their exported products to Morocco.

The breakout of the crisis in Mali was the occasion to illustrate Morocco’s presence in and solidarity with in Africa. Morocco bases this partnership on the support sustainable development, the promoting of human skills and the increasing involvement of the private sector, as well as new stakeholders in the sharing expertise.

Morocco is taking part in several development projects in the fields of electrification, water resources management, irrigation, basic infrastructure, health, etc. Also, many state-owned companies are involved in the implementation of Morocco’s policy in Africa. It is in this context that King Mohamed VI has started his second tour in less than a year.

The King arrived in Bamako Tuesday evening for a five-day visit to Mali, and he will then continue his tour in Guinea, Côte d’Ivoire and Gabon. This tour will be followed closely by observers and different partners of the Kingdom, in that it should be a south-south co-development model in the both EU-Africa and USA-Africa upcoming summits.