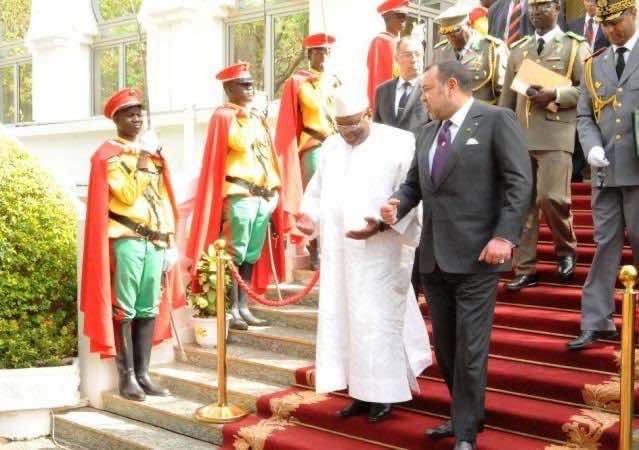 By
Aziz Allilou
-
Aziz Allilou is a student at the Higher Institute of Media and Communications (ISIC) and Morocco World News correspondent in Rabat.
Feb 24, 2014

Rabat- Malians grow ever more admiring of King Mohammed VI, and they will never forget the week which he spent among them. However, the official driver of Malian president Ibrahim Boubacar Keita considers himself the most fortunate of all.

“Near the Moroccan royal residence at Daoudabougou in Diago, it was His Majesty Mohammed VI who drove president of the Republic, His Excellency Ibrahim Boubacar Keita, with the driver in the King’sseat” noted Malian news site Malijet.com.

The same source claims that the Malian driver, Moussa, “will enter the history books from now on as the only person to have had the privilege of a currently ruling King as his driver, and a sitting president as his bodyguard. What a lucky man!.“

The press release concluded that all Malians who have always “adored the Chérifien sovereign, HM King Mohammed VI, now have even more reason to be taken with the charisma of the Moroccan monarch”.