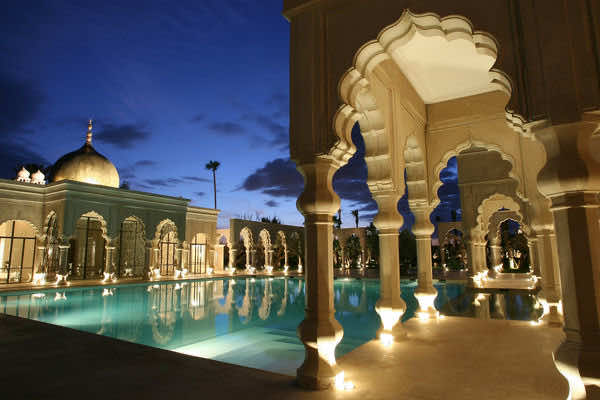 By
Larbi Arbaoui
-
Larbi is a freelance writer and assistant editor at Morocco World News.
Feb 25, 2014
Spread the love

Taroudant, Morocco- According to Travel.amerikanki, the Moroccan Palais Namaskar in Marrakesh topped the list of the 10 Best Luxury Hotels in Africa.

Palais Namaskar and La Sultana Marrakech are the only North African hotels included in the list.

While Africa is known as an exotic tourist destination, luxury also is a key feature characterizing hotels and spas in the African continent.

The Palais Namaskar in Marrakesh has been awarded “Best New Luxury Hotel” by the World Luxury Hotels Awards 2013, and had previously been awarded “Best Hotel of the year 2013” by the famous American magazine Robb Report, as well as“Best of the Best Hotels 2013” by Só Safari magazine. The hotel has received 11 prestigious awards since its opening in 2012.

Located in the heart of the Palmeraie between the desert and Atlas Mountains in Marrakesh, Palais Namaskar is a 5-star luxury hotel and spa with private villas and suites.