Taroudant, Morocco - Paco de Lucia, Spanish flamenco guitarist of international fame, has died in Mexico at the age of 66 years. 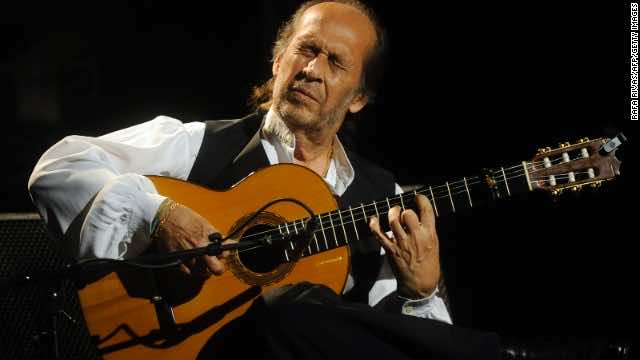 By
Larbi Arbaoui
-
Larbi is a freelance writer and assistant editor at Morocco World News.
Feb 26, 2014

Taroudant, Morocco – Paco de Lucia, Spanish flamenco guitarist of international fame, has died in Mexico at the age of 66 years.

The legendary Spanish guitarist Paco de Lucia died “reportedly of a heart attack while playing with his children on a beach,” said BBC.

The mayor of Algeciras, Jose Ignacio Landaluce, who announced the news to the media, was quoted by AFP as saying that the death of Paco is “an irreparable loss to the world of culture, for Andalusia.”

Born in December 21, 1947 in Algeciras, in the region of Cadiz, Paco de Lucia was a world famous guitarist. He contributed to the modernization of traditional flamenco.