DOHA - Al-Jazeera television on Thursday organised a "global day of action" in solidarity with its four journalists detained in Egypt over accusations of supporting the now-banned Muslim Brotherhood. 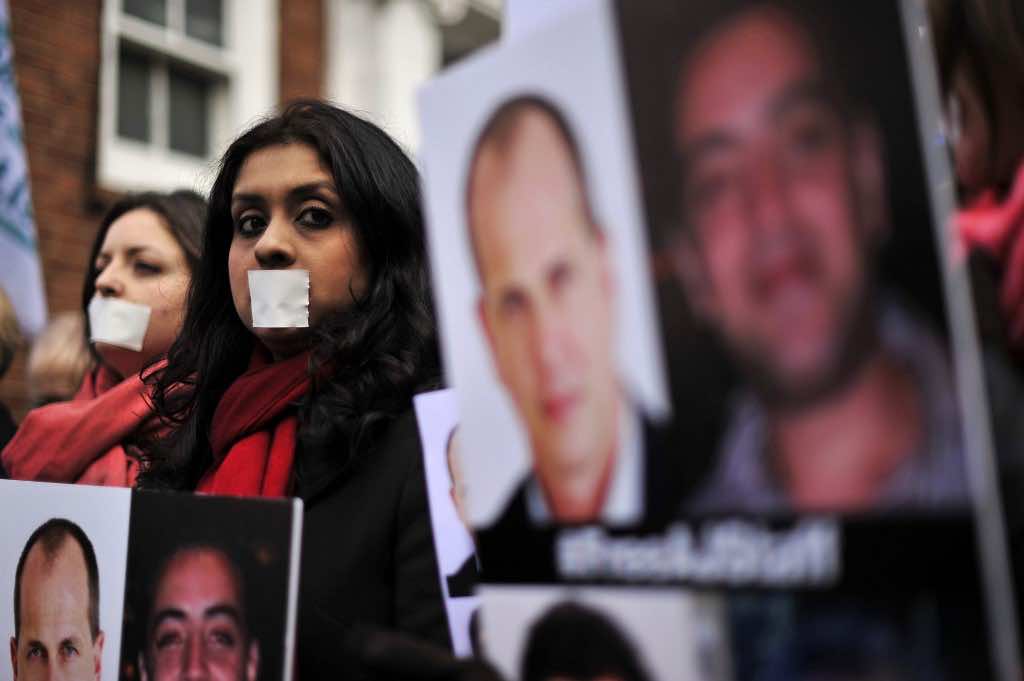 DOHA – Al-Jazeera television on Thursday organised a “global day of action” in solidarity with its four journalists detained in Egypt over accusations of supporting the now-banned Muslim Brotherhood.

Dozens of staff of the Doha-based satellite news channel staged a five-minute gathering at the network’s headquarters.

“It is not a crime to be a journalist,” read banners carried by Al-Jazeera staff, some of them with their mouth taped, an Al-Jazeera journalist told AFP.

The channel said protests were held in other cities in support of the campaign.

In Khartoum, around 100 Sudanese journalists and activists staged a silent vigil on a street near the office of the satellite channel, an AFP journalist reported.

Al-Jazeera declared Thursday a “global day of action” in support of its staff and for media freedom in general.

They have been held since December in a case that has sparked an international outcry.

Their trial began in a Cairo court last week, against the backdrop of strained ties between Cairo and Doha, which backed deposed Islamist president Mohamed Morsi and his now-banned Muslim Brotherhood.

Morsi was ousted by the army in July.

The government has designated the Brotherhood a “terrorist organisation”, although the group denies involvement in a spate of bombings since Morsi’s overthrow.

The three journalists are accused of supporting the Brotherhood and broadcasting false reports, charges denied by the television network.

A fourth Al-Jazeera journalist, Abdullah al-Shami, has been held since August.