ALGIERS - Former Algerian premier Mouloud Hamrouche Thursday called for a "peaceful" change of the regime, which he said was no longer capable of running the country, joining a growing chorus of dissent. 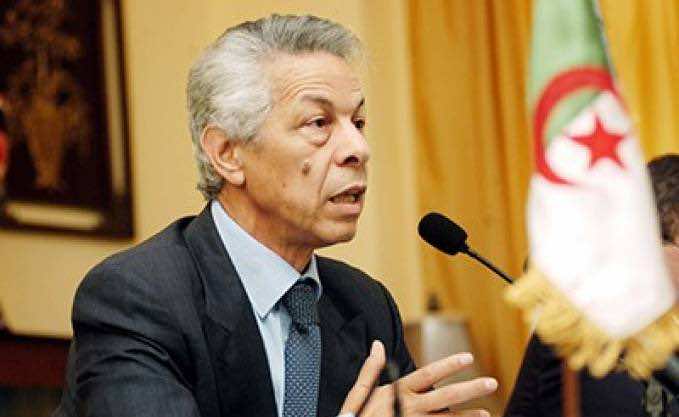 ALGIERS – Former Algerian premier Mouloud Hamrouche Thursday called for a “peaceful” change of the regime, which he said was no longer capable of running the country, joining a growing chorus of dissent.

Hamrouche said April’s presidential election, in which ailing leader Abdelaziz Bouteflika is expected to seek a fourth term after his candidacy was announced last week, was “pointless”, whether or not his mandate is renewed.

“The factors paralysing (Algeria) are still there,” he told reporters at a press conference in Algiers.

“This regime has crumbled and will fall (which is why) I want to see it fall in a peaceful way, not in a wave of violence,” added Hamrouche, a pro-reform prime minister between 1989 and 1991 whose government was credited with the emergence of Algeria’s private press.

“The crisis goes beyond this election… which is pointless… My feeling is that this regime is not good for Algeria.”

His comments come amid growing concern about Bouteflika serving a fourth term, given the physical state of the president, in power for 15 years and who turns 77 on Sunday.

Bouteflika’s health woes had made his chances of contesting the poll appear highly unlikely.

He was hospitalised in Paris for three months after suffering a mini-stroke last year, has chaired just two cabinet meetings since returning home in July, and has not spoken in public for nearly two years.

Hamrouche, one of the six candidates to withdraw from the 1999 presidential poll that brought Bouteflika to power citing electoral fraud, said the Algerian military should play a role in any change of regime.

“There’s no chance of democracy emerging without the support of the army,” he said.

Another well-known political figure to speak out against Bouteflika this week was Said Sadi, the respected former leader of the secular opposition Rally for Culture and Democracy party.

He urged Algerians to “delegitimise” the upcoming elections, while calling for a political transition similar to the one that took place last month in Tunisia.

Sadi, who co-founded the RCD in 1989 and stepped down as its leader in 2012 “to make way for young people”, was speaking after his party, alongside the Islamist MSP and Ennahda, encouraged Algerians to boycott the presidential poll, calling it a “masquerade” whose results were already known.