Casablanca - Everyone remembers the unprecedented outrage that the anti-Islamic documentary “Innocence of Islam” had caused among Muslims across the world. 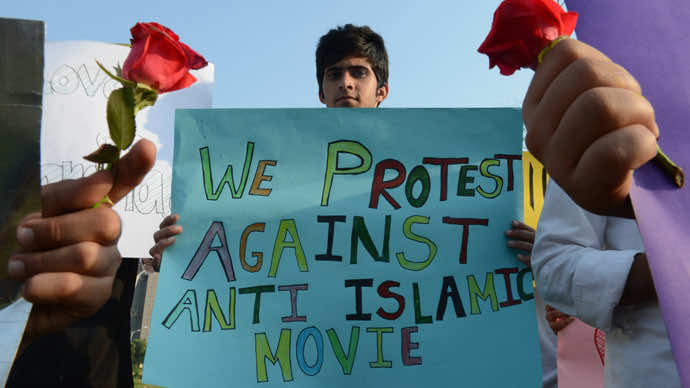 By
youssef sourgo
-
Youssef Sourgo is currently a Master’s student in Linguistic and Literary studies at Ain Chok Faculty of Letters and Humanities.
Feb 28, 2014

Casablanca – Everyone remembers the unprecedented outrage that the anti-Islamic documentary “Innocence of Islam” had caused among Muslims across the world.

On Wednesday, a U.S. appeals court ordered Google Inc to remove the documentary from YouTube.

According to Haaretz, the Court turned down Google’s assertion that removing “Innocence of Islam” from YouTube would be unconstitutional.

Cindy Lee Garcia, the plaintiff and one of the actors in the documentary, had objected to the film after she discovered that a clip she had shot for a different film was included in the anti-Islamic documentary. In the clip, Garcia appears asking, “Is your Mohammed a child molester?”

However, Google did not accept the Court’s decision and stated that “we strongly disagree with this ruling and will fight it.”

“Ordering YouTube and Google to take down the film was the right thing to do,” Garcia’s lawyer, Cris Armenta, stated after hearing the Court’s verdict.

Google claimed that while Garcia could have legal claims against the film director, she should not have won a copyright case against Google. The giant company also claimed that the video should not be removed because it had become part of public debate.

Before resorting to the 9th U.S. Circuit Court of Appeals, Garcia’s claim for copyright was addressed in a lower court, where her request to have the documentary removed from YouTube was rejected.

The documentary depicted the Prophet Mohmmaed as a fool and a sexually neurotic individual.