BRUSSELS - Belgium and Switzerland warned tourists Friday against going to the Egyptian resort of Sharm el-Sheikh after what Brussels called a "serious threat." 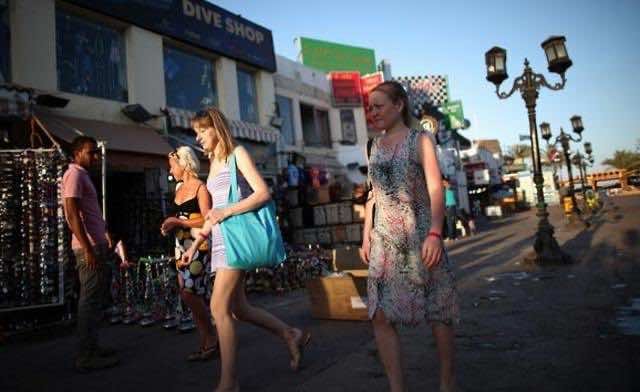 BRUSSELS – Belgium and Switzerland warned tourists Friday against going to the Egyptian resort of Sharm el-Sheikh after what Brussels called a “serious threat.”

Belgian Foreign Minister Didier Reynders gave no details of the threat but the warning follows a bomb attack on a bus that killed three South Korean tourists in south Sinai earlier this month which was claimed by an Al-Qaeda-inspired group.

The standard travel advice had been changed after consultations with neighbours Germany and the Netherlands, Reynders said.

Brussels had previously warned tourists against going to the Gulf of Aqaba.

Switzerland made a similar announcement, saying there had been “indications of a concrete terrorist threat against tourist targets in the Sinai.”

It warned its nationals to take extra care, especially in public places or near government offices.

In the Sinai bus attack, the Ansar Beit al-Maqdis group said it was “part of our economic war against this regime of traitors” in Egypt.

The group had focused its previous attacks on security forces since the military’s ouster of Islamist president Mohamed Morsi in July.

The Sinai and its coastline are popular with Western tourists and the area has largely avoided the violence rocking Egypt since a popular uprising toppled strongman Hosni Mubarak in 2011.