Casablanca- Many Moroccans have recently been examining and questioning the methodology employed in local talk shows and their applicability in solving the social problems that they attempt to bring to light. 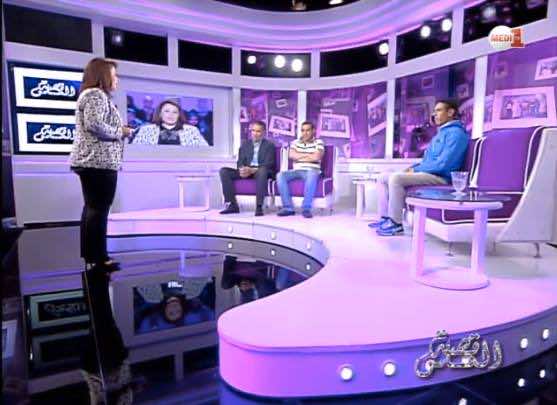 Casablanca- Many Moroccans have recently been examining and questioning the methodology employed in local talk shows and their applicability in solving the social problems that they attempt to bring to light.

However, the scandalous accusations that ‘Qissat Al-Nass’ (the story of the people) has attracted since it was launched in January of 2013 have allowed us to realize that there are some rudimentary assumptions that we have to question first. The most shockingly obvious assumption is: are the disclosed stories real or fictional?

A few months ago, a violent attack was launched against Qissat Al-Nass on social networks by various media outlets, stirring the disappointment and outrage of its loyal viewers. These rumors were sparked by the participations of some people who had acted as extras in local sitcoms and movies. Eventually Nohad Ben Aaguida explained in a radio interview that the professional actors took part in the show to open up their hearts and talk about their daily challenges exactly like the other dozens of ordinary men and women on the show do. Aaguida added that the show has targeted all members of Moroccan society, irrespective of their professions. This most recent development has split Medi1TV talk shows’ viewers into two camps: believers and skeptics.

Skepticism in regards to the veracity of the interviewees’ identities and the stories they shared with the public on the television show, has been called into question again due to an article published in Al-Massae. The article argues that the people behind the show send employees into the popular areas of Casablanca, Rabat and other Moroccan cities, neighborhoods where the rate of poverty is the highest in Morocco. These employees are charged with convincing poor people to share carefully constructed stories in the front the camera. The source uses the confessions of Abdelkhalek Elkhdissi, Mohamed Elgouach, and other people who reported that they were asked to memorize previously written stories and to rehearse them before the show’s broadcast for varying sums of money.

According to the same source, some of those who have participated on the show regret their decision. These former participants say that their collaboration with the show caused them immediate familial and/or financial problems. One of the victims, who told a story on the show about accidentally killing his relative, reported that his brothers abandoned him for “bringing the shame to the family.” This young man bitterly concluded that poverty is the only reason why he fell for the show’s offer. Another woman, who has lived on the charity of philanthropists her entire life, said that she lost her only source of income because her script required that she say that she did not receive any financial help. This example only demonstrates the extent to which individual members of Moroccan society live unprotected by any state apparatus. These vulnerable individuals can easily become prey for private companies that are able to convince them to do anything for a small amount of money. The Moroccan state needs to make more efforts to protect these citizens.

When the members of these classes see that their problems are being exposed, listened to and discussed, the hope of a brighter tomorrow imbues. This hope will most certainly dwindle when individuals realize that the program that used to speak on their behalf is nothing but a fraudulent business scheme.

Even strategically, it is quite absurd how a relatively successful program on a national TV channel can play with the feelings of millions of its viewers for financial returns when the risks of the viewers discovering this scheme would be devastating to success. Instead of taking all of these risks, more resources could have been invested in perpetuating the viewers’ trust and loyalty and thereby securing future success. Hopefully the lesson of Qissat Al-Nass will allow Moroccans to deal with the national TV channels more carefully in the future and will spark the development of a sense of criticism towards these kinds of programs and talk shows. Otherwise, citizens will not expect honesty and sincerity from a community that is shaped and programmed by dishonest and deceitful TV channels.