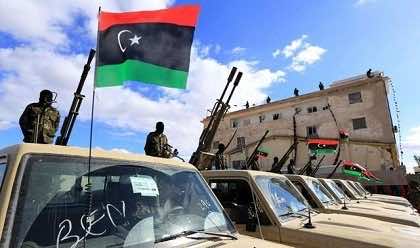 “Armed men came firing in the air and they set fire to a tent set up by demonstrators” in front of the General National Congress (GNC), Libya’s highest political authority, protester Milad al-Arbi said.

He said they detained a number of demonstrators during the incident on Saturday night but was unable to give a figure.

On Sunday, residents blocked roads in the area to demand the release of those held, an AFP photographer said.

According to demonstrators, the gunmen belonged to the Operations Cell of Libyan Revolutionaries, a former rebel group which operates under the command of the GNC.

The Congress, elected after the 2011 revolution which ousted Libyan leader Moamer Kadhafi, has stirred popular anger by extending its mandate, which was due to expire in early February, until the end of December.

Under pressure from demonstrators, the GNC has announced that early elections will be held but without setting a date.