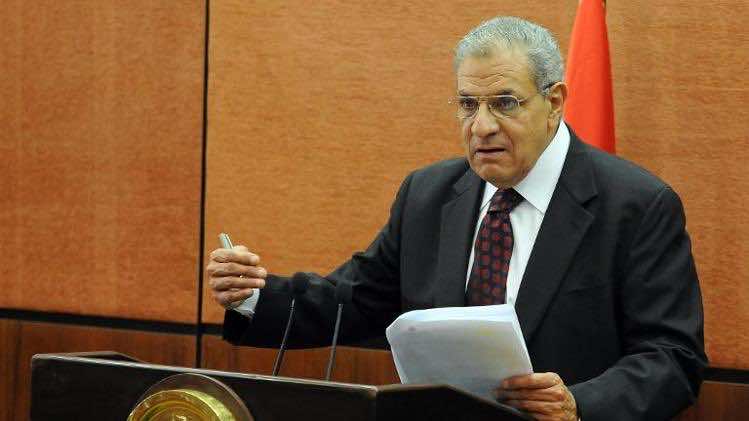 In his first address to the nation, Ibrahim Mahlab, a former member of the party of toppled autocrat Hosni Mubarak, said Egypt was faced “with challenges that are like mountains,” but vowed to confront them with transparency and firmness.

“The first priority is to impose security, counter terrorism firmly and legally, and restore stability by preserving human rights and democracy,” Mahlab said in a televised speech.

“I know that the responsibility is big, that the challenges are bigger. But together, we will face all crises and steer the nation’s ship to the shore of security.”

On Saturday, Mahlab unveiled a new 31-member cabinet that retained Field Marshal Abdel Fattah al-Sisi as defence minister, after the previous government made a surprise exit amid mounting criticism over the battered economy.

Since Morsi’s overthrow, Islamist militants have carried out scores of deadly assaults on security forces and bombed a tour bus in what was seen as an attack on one of the country’s top revenue generators.

Most of the attacks have been claimed by an Al-Qaeda-inspired group in the restive Sinai Peninsula, but the government has blamed them on Morsi’s Muslim Brotherhood and waged a months-long crackdown on his supporters.

Amnesty International says more than 1,400 people, mostly Morsi supporters, have been killed in street clashes since the military overthrew him in July.

The previous government, installed by the military after Morsi’s ouster, had become increasingly unpopular despite announcing two economic stimulus packages aimed at kick-starting the economy with funds provided by friendly Gulf Arab states.

Mahlab’s government is tasked with organising a presidential election, to be held this spring, which is widely expected to bring the army chief Sisi to power a little over three years after Mubarak was toppled by Arab Spring-inspired protests.

Sisi, who has yet to announce his candidacy, emerged as Egypt’s most popular political figure after he removed Morsi from power following massive street protests against the divisive year-long rule of Egypt’s first democratically elected leader.