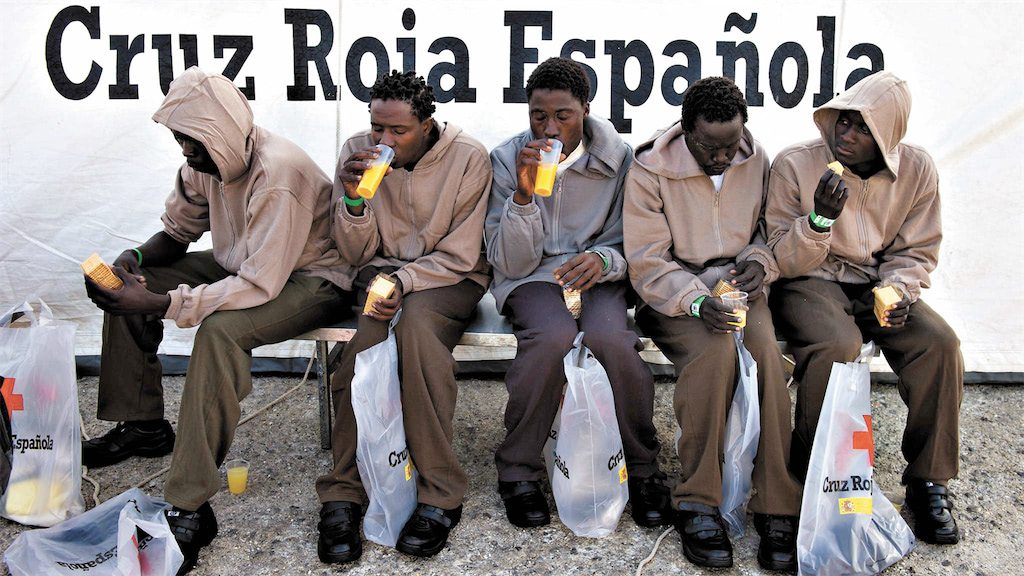 Ceuta and Melilla — which sit across the Mediterranean from mainland Spain, surrounded by Moroccan territory — are a key entry point for migrants seeking a better life in Europe.

The two cities have the European Union’s only land borders with Africa. The rubber dinghy carrying the 15 migrants entered Melilla in the early hours of Monday though the territory’s commercial port, the regional government said in a statement.

“The migrants started to run as soon as they reached the port and were detained by police,” the statement said. The migrants included one girl aged under 18 and 14 adult men.

Meanwhile in Ceuta, located about 400 kilometres (250 miles) to the west of Melilla, three African migrants crossed underneath the barbed wire fence separating the territory from Morocco through a pipe, a spokesman for the regional government said.

Police on Sunday caught a 19-year-old from Mali hiding inside a suitcase that was being carried by a Moroccan man across the border into Melilla from the Moroccan border town of Beni Ansar.

“The difficulties which the man had in carrying the suitcase raised the suspicions of the authorities,” police said in a statement.

In that incident, Spanish security forces were accused by human rights groups and witnesses of firing rubber bullets at the immigrants, sparking a heated debate in Spain.

More 200 migrants stormed across a triple-layer border fence into Melilla on Friday in what Spanish authorities said was one of the largest such crossings in years.