Casablanca - The scene took place at Renaissance Hotel in Brussels, where Aminatou Haider, known for her support to the Polisario, and members of the Kennedy Foundation were staying. 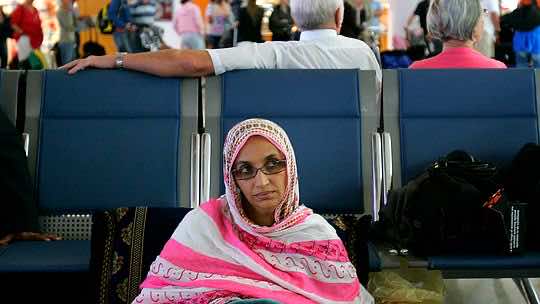 By
youssef sourgo
-
Youssef Sourgo is currently a Master’s student in Linguistic and Literary studies at Ain Chok Faculty of Letters and Humanities.
Mar 3, 2014

Casablanca – The scene took place at Renaissance Hotel in Brussels, where Aminatou Haider, known for her support to the Polisario, and members of the Kennedy Foundation were staying.

According to news website Quid, Aminatou Haider was at the Renaissance Hotel lobby when a Moroccan employee working there recognized her.

When Aminatou Haider passed next to the Moroccan employee, the latter said, “The Sahara is Moroccan.”

According to the same source, Haider, enraged by the employee’s statement, furiously stated, “This is provocation!”

She then referred to her mentors from the Kennedy Foundation, who subsequently complained to the hotel’s administration about the Moroccan employee’s statement and demanded that the latter apologize to Haider.

According to Quid, two other Moroccans were at the hotel lobby and had seen all that had happened between Aminatou Haider and the Moroccan employee.

The two Moroccans were Anis Birrou, the Minister of Moroccans Residing Abroad and Business Migration, and Samir Addahare, Morocco’s ambassador to Belgium, who were attending an event organized by the Moroccan-Belgian Commission on that day.

Mr. Birrou and Mr. Addahare requested to speak to the Hotel’s Director to share their version of the story. The two Moroccan officials told the Hotel’s director that the Moroccan employee only expressed his personal opinion and could not be sanctioned for that.

The Moroccan Minister and the Moroccan Diplomat also told the Hotel Director that the Kennedy Foundation members could not testify against the Moroccan employee since they did not witness what had happened between the employee and Aminatou Haider.