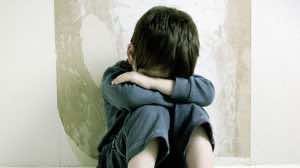 By
youssef sourgo
-
Youssef Sourgo is currently a Master’s student in Linguistic and Literary studies at Ain Chok Faculty of Letters and Humanities.
Mar 4, 2014

Casablanca- Cases of child rape in Morocco have recently become rampant. After a shopkeeper was arrested in Casablanca for rapping two minors, 250 people recently caught a man who attempted to rape a child in Casablanca.

According to daily Al Massae, a man had attempted to rape a six-year-old child last Monday in Sidi Moumen Neighborhood in Casablanca before he was chased by more than 250 people.

The crowd unrelentingly chased the suspect, who attempted to run away after he was caught trying to rape a child in a deserted street of Sidi Moumen Neighborhood.

The suspect was eventually caught and immediately handed to the police. He subsequently admitted that he was trying to molest the child before the large crowd caught him.

According to the same source, the child had thought that the suspect was trying to steal his bike, whereas the man’s true intentions were more sinister than that.

According to Al Massae, the suspect, who is married and father of a daughter, had already been incarcerated for a rape.