TUNIS - Russian Foreign Minister Sergei Lavrov said Tuesday that threats of sanctions against Moscow are counter-productive and will not change its position on the Ukraine crisis. 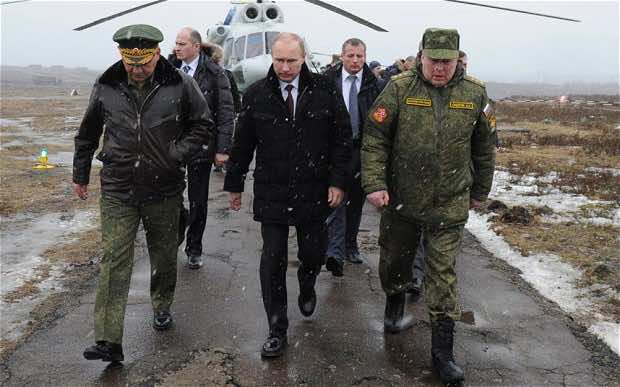 TUNIS – Russian Foreign Minister Sergei Lavrov said Tuesday that threats of sanctions against Moscow are counter-productive and will not change its position on the Ukraine crisis.

“Our position is honest and… will not change,” Lavrov told a news conference in Tunisia, where he was on an official visit.

“We have always opposed the policy of unilateral sanctions. I hope our partners understand that such actions are counter-productive.

“Anger and humiliation are ill-advised.”

Ukraine’s new authorities have said that thousands of Russian troops have poured into Crimea during the past few days, in claims backed by Western officials but denied on Tuesday by Russian President Vladimir Putin.

“In its statements, the EU has not once recalled the agreement of February 21,” Lavrov said in reference to a European-brokered roadmap for Ukraine to end violent protests that ousted Kremlin-backed president Viktor Yanukovych.

“This means the EU does not want a national unity government and to disarm” groups, he added.

Lavrov indicated Russia was open to holding negotiations with its international partners that involved the implementation of the February 21 accord signed by Yanukovych and his opponents.

Turning to Crimea, the Russian minister said “vigilante groups” were providing security on the Ukrainian peninsula after “lots of weapons and explosives were seized”.

“Regarding the Russian military which are at the base of the Black Sea fleet in Sevastopol, they are acting strictly as always on the basis of the agreement allowing the existence of the Russian base in this territory, and according to requests by the legal authority in Ukraine and legitimate power in the Crimea,” he added.

His visit comes amid rising tensions over the situation in Ukraine, which analysts have called the most serious crisis between the West and Moscow since the 1991 breakup of the Soviet Union.

Western powers have been wrestling with how to respond to Russia’s threat to use force against Ukraine, where Yanukovych was driven from power following three months of protests that culminated in days of carnage.

Washington has suspended military cooperation with Russia, and the Kremlin has responded to US warnings, saying sanctions against Russia “would end in a crash for the financial system of the United States”.