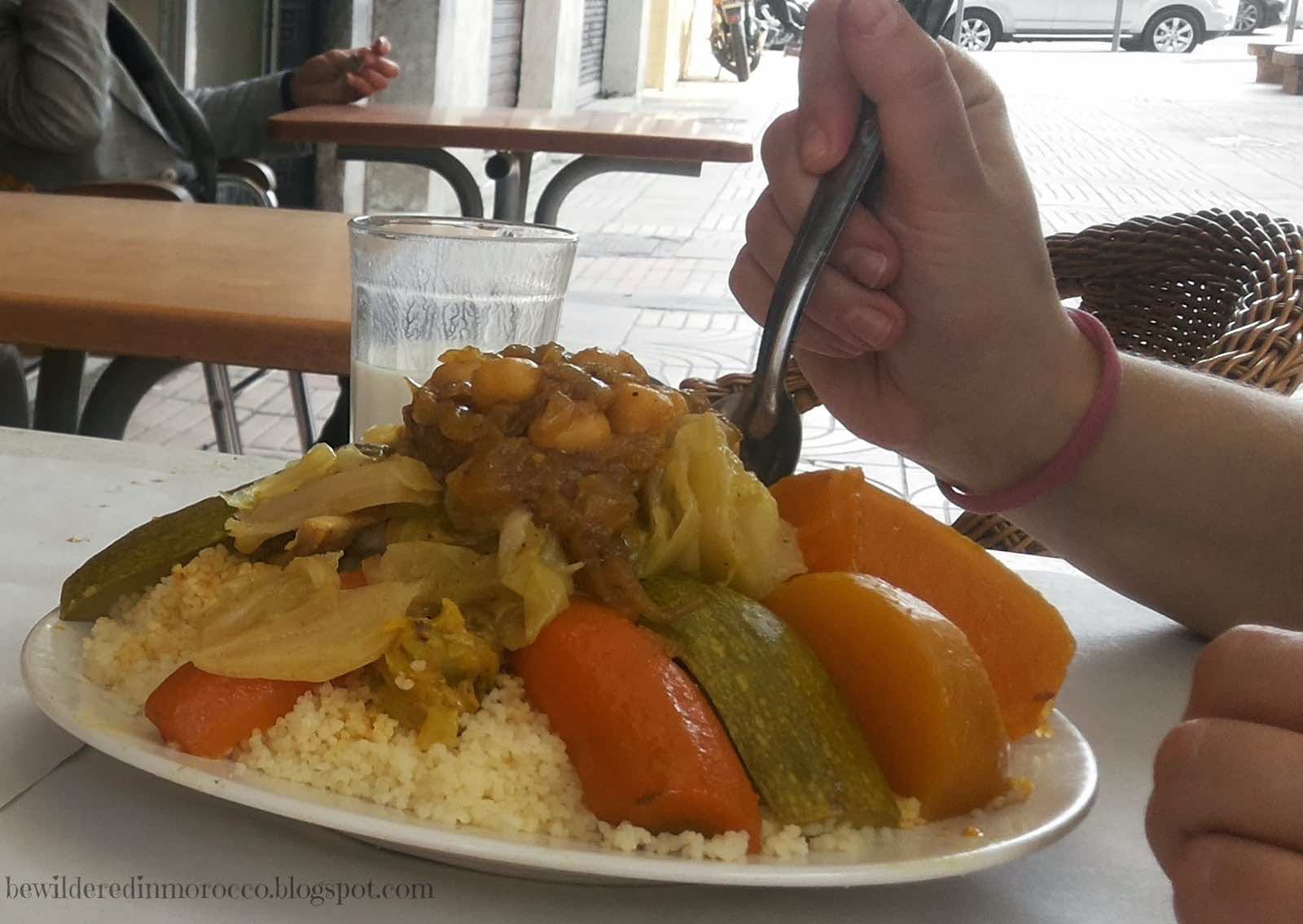 Casablanca – Inspired by the series of articles “How to piss off..” published on Matador Network I decided to come up with the “piss off” list on how to anger Moroccans. It can’t be missed! Living in Morocco for, so far, half a year, I have learned many interesting things about the language, the culture and the people. Here are some tips on what angers Moroccans. Use them wisely!

Note before reading: if you are a narrow-minded, self-proclaimed patriot with an inferior complex and can’t see the sarcasm, irony and mock stereotypes, under no circumstances should you read this article.

1  Say Moroccan food is so so

I am the realest foodie and Moroccan food simply pampers my taste buds! I love most of the foods here but there are some exceptions. I once made a comment about this thick, green, stinky soup called bisara and I was literally yelled at!

When I dared to say that sweet-salty bastilla was disgusting for me I was screamed at! If you wish to hurt the feelings of your Moroccan fellow, go for it and don’t appreciate his mother’s dinner. It will be the end of your friendship.

The old proverb “Westerners have clocks. Arabs have time” says everything and is more than enough in this case! Always take your time, never rush, breathe-in and breathe-out… Thirty minutes late is not the end of the world! Neither sixty is. Chill out and take another tea while waiting. Pick up your laundry, go shopping, check your news feed on Facebook once again, cook a dinner. There is still some time till your friend shows up, well, if he or she shows up.

And when they finally come, start yelling at them, calling them disrespectful and careless. Brace yourself, your belated friend will come up with a thousand of excuses (traffic jam, flat tire, grumpy boss, burnt dinner, cat’s funeral, terrorist attack…). Like the realest storyteller!

Berbers are very proud of their cultural heritage, language and history. You have to know that Amazigh and Arabic languages are completely different in all aspects: words, the accent and even the alphabet. Many people tend to confuse them what makes Moroccans go crazy. No wonder why, I also go crazy when people confuse me with a Russian or Swedish or are surprised when I say that I don’t speak Russian and in Poland we have a different language… Remember that your ignorance may be very unpleasant. Once again: use it wisely.

Some blame it on the educational system. I blame it on both; education and human’s ignorance. Or rather lack of interest in different cultures. I met many people who asked me where Poland was. Some thought it was in America, some others knew it was somewhere in Europe but the exact localization remained mysterious. It pisses me off. It works the same with Moroccans. (Morocco is often confused with Monaco, therefore many people place it in France instead of North Africa).

No arguments with Moroccans when it comes to religion! They know it best. If you’re brave enough… Give it a try and see what will happen.

6  Ridicule a guy in public

Most of Moroccan men are proud of their manhood. If you try to question it, you push their button! Do it wisely and the guy will remember you for the rest of his life…

7  Suggest that they are the 3rd world country

Being located less than 20 kilometers from Spain, Morocco is a bridge between Europe and Africa. Many Moroccans claim that al-Maghrib is just like Europe. No differences, no boundaries. Some other say that it is like Europe… But in the ’50s.

Try to make a comment comparing Morocco to developing countries, third world, communism and stuff like that. A question “do you have Internet?” is a nail in the coffin!

If you try to argue about the Sahara you have to brace yourself! Endless arguments, shouting, screaming, yelling and many other attractions waiting for you! Suggest that Sahara has never belonged to Morocco and you’ll hit the spot.

9  Send them this article

To be taken with a pinch of salt. Cheers!