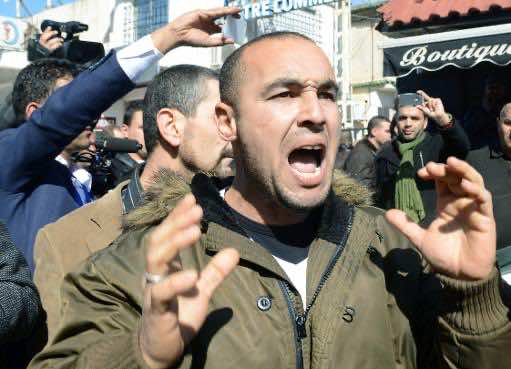 The Constitutional Council now has 10 days to examine the applications of the candidates before announcing the final list of contenders for campaigning, which is set to begin on March 23.

Bouteflika, who has been in power since 1999, made a rare public appearance on Monday to submit the papers for his own candidacy.

He confirmed his candidacy on television, the first time he has spoken in public since returning from hospital treatment in Paris in July last year after suffering a mini-stroke.

Ali Benflis, a former prime minister who is seen as Bouteflika’s main challenger, also submitted his own candidacy papers on Tuesday but warned against the possibility of electoral fraud, speaking of “low, dirty and cowardly practices that cast doubts on the credibility of the presidential election”.

But another hopeful, Mohamed Benhamou, criticised such remarks, saying they amount to “calls to civil disobedience aimed at sowing disorder,” APS said.

Benhamou said if his candidacy was rejected, he would support Bouteflika because he represents “security and stability”.

Other candidates include Moussa Touati of the Algerian National Front, Abdelaziz Belaid of the El-Moustakbel Front, head of the Algerian Rally Ali Zaghdoud, and the Workers Party’s Louisa Hanoune.