Tripoli - Saadi Kadhafi, the playboy son of dead dictator Moamer turned over by Niger to Libya, had been off the radar since fleeing across the desert in 2011. 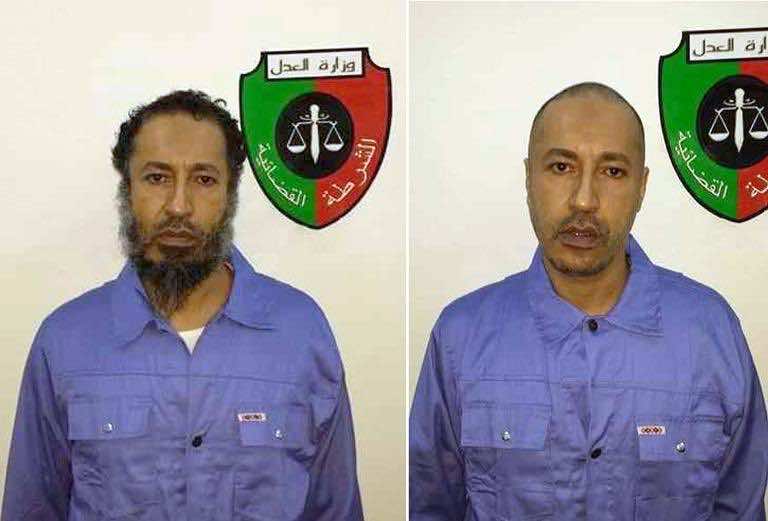 Tripoli – Saadi Kadhafi, the playboy son of dead dictator Moamer turned over by Niger to Libya, had been off the radar since fleeing across the desert in 2011.

On August 21 that year, one day after rebels killed his fallen strongman father and brother Mutassim in Kadhafi’s home town of Sirte, Saadi said he was ready to give himself up “if my surrender stops the spilling of blood”.

Instead he escaped south across the Sahara to Niger more than two weeks after his mother and three other siblings sought refuge in neighbouring Algeria to the west.

Born in 1973, Saadi was Kadhafi’s third son and unsuccessfully tried a career in Italian football before heading an elite unit in the Libyan army.

In the initial weeks of the anti-Kadhafi uprising, he was optimistic that his father would remain in power.

“My father would stay as the big father who advises,” Saadi told Britain’s Financial Times in an interview in February 2011.

“After this positive earthquake, we have to do something for Libya,” he said. “We have to bring in new blood to govern our country.”

Saadi devoted part of his life to football as captain of the national team and president of the Libyan Football Association.

When he was 20, he trained with Italian clubs Juventus and Lazio. He remained a shareholder in Juventus by virtue of being the chairman of Libyan Arab Foreign Investment Company, which held 7.5 percent shares in the legendary club that were later frozen.

He also tried to buy Lazio in 2002 after the collapse of the Cirio food empire, which owned the club.

Too big, too slow and not strong enough technically, Saadi was not at the level required for Italian first class football but was nevertheless recruited by Perugia in 2003 for marketing reasons.

Despite his first game being a media sensation, he played only once in two seasons (2003-2005).

He had barely kicked a ball before being suspended after testing positive for nandrolone, an anabolic steroid.

Saadi used to stay in a five-star hotel in central Perugia, occupying an entire floor.

At home in Libya, he made few friends in the national team.

“We felt hindered. He was still the son of the head of the state. He was not on equal footing,” goalkeeper Samir Abboud recalled, affirming that Saadi could not even pass the ball.

In the photos Saadi appeared to live up to his playboy reputation.

“I am forever grateful and blessed to have met you! May all your dreams in this New Year come true and keep doing what you are doing. It works. You can move mountains,” wrote a New Yorker called Linda, in a dedication to Saadi.

Others showed him with rapper friends, looking the part in a T-shirt and thick chain around his neck, or wearing a black suit and white shirt, circled by sinister-looking men.

After his days as a footballer ended, Saadi made a career in the army, heading an elite military unit.

And despite the setbacks suffered by loyalist forces early in the uprising, Saadi was unmoved, promising any territory lost would be regained “sooner or later”.

“There are people protesting against my father’s rule, it is normal. Everybody needs to be free to express their opinion,” he told the Financial Times, downplaying the fact that many Libyan diplomats around the world had quit their posts.

“I don’t care about these guys,” Saadi said. “My diplomacy is to be honest and tell the truth.”