Rabat- Former CEO of Wana corporate Karim Zaz was put on trial on Wednesday March 5th, along with 11 others in Casablanca. 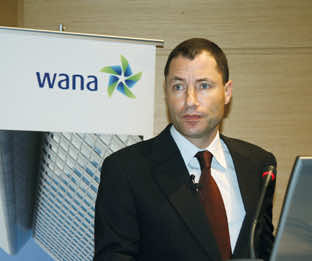 By
Mona Badri
-
Mona Badri graduated from King Fahd School of Translation with a Master's degree in Translation.
Mar 6, 2014

Rabat- Former CEO of Wana corporate Karim Zaz was put on trial on Wednesday March 5th, along with 11 others in Casablanca.

“Casablanca’s public prosecution arrested Karim Zaz due to a complaint filed by Wana corporate against its former CEO for manipulations of international incoming and outgoing calls in Morocco,” Sahifat Annas reported.

“The prosecutor in the Casablanca court interrogated Karim Zaz, who was suspected of forming a gang with other staff under investigation,” “he same source added.

They were charged with crimes punishable by up to 5 years in prison, including manipulating incoming and outgoing calls and complicity in falsification.

Karim Zaz is also a member of the Moroccan Royal Federation of Football (soccer).