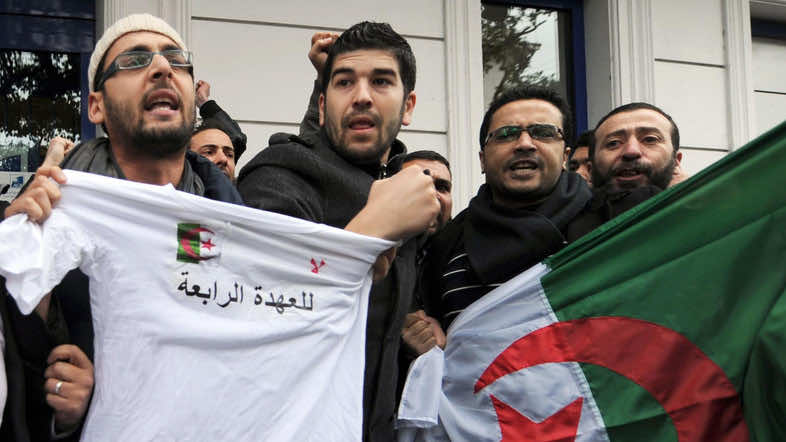 Public demonstrations in Algeria remain banned, despite a state of emergency being lifted in 2011, and a similar protest last week was also scattered.

Demonstrators bundled into vans by security forces continued their protest by banging on the sides of the vehicles.

Barakat, a new movement that opposes a fourth Bouteflika candidacy, was formed by gynaecologist Amina Bouraoui, who was arrested along with journalist Mehdi Biskri of the French-language edition of El-Watan newspaper.

Soufiane Djilali a liberal presidential candidate who threw in the towel last week after Bouteflika said he would stand again, expressed his disgust to AFP.

“We are tired of this half-dead man and the thugs who surround him. The political equation must change,” Djilali said.

The 77-year-old Bouteflika, who has been in power for 15 years, suffered a mini-stroke in April 2013.

He made a rare public appearance on Monday to submit the papers for his own candidacy for the April 17 presidential election.

He also confirmed his candidacy on television, the first time he has spoken in public since returning from hospital treatment in Paris in July last year.