Casablanca - Since the international financial crisis of 2008 erupted, the world has experienced a period of social and political unrest, including developing countries and developed countries. 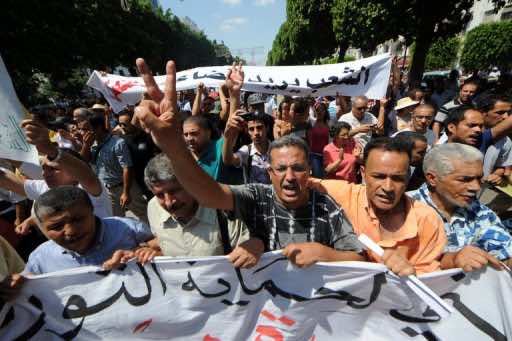 Casablanca – Since the international financial crisis of 2008 erupted, the world has experienced a period of social and political unrest, including developing countries and developed countries.

In addition to the damage to the economies of many of these countries, the social and political tensions were the most obvious results of the global economic downturn and slowing. Following this socio-political situation, can democracy resist the pressure?

Highlighting this matter, The Economist magazine has published its annual forecast report for 2014, where it expects that the world will continue to experience social and political instability. But is the economic distress the only reason of such turmoil?

It is crystal clear that economic growth leads to social and political stability. But, on the other side, it is not only economic troubles that can individually fuel the socio-political unrest. Only when economic trouble – as pointed out by The Economist – is accompanied by other elements of vulnerability is there a high risk of instability. Such factors include wide income-inequality, poor government, low levels of social provision, ethnic tensions and a history of unrest. What happened, and is still happening in the world of social instability, is more likely a crisis of trust in governments and institutions than a crisis of democracy.

To support this argument, The Economist Intelligence Unit (EIU), a sister company of The Economist, measures the risk of social unrest in 150 countries around the world. The results varied according to the strength of institutions, and the strength of the political system of the country in study. According to the EIU’s ratings, 65 countries (43% of the 150) will be at a high or very high risk of social unrest in 2014. For 54 countries the risk of instability is medium and for the remaining 31 countries, it is low or very low. The countries ranked on the high-risk categories are: The Middle East and North Africa (MENA), southern Europe, the Balkans and the former Soviet countries of the Commonwealth of Independent States (CIS).

Robert Shiller, a 2013 Nobel laureate in economics, wrote an article in Project Syndicate magazine titled: Inequality and Its Discontents. He wonders if really inequality is the only cause for social discord and even violence. He concluded that trust – which is central to a functioning economy – is the real problem beyond social and political unrest.

Trust in institutions and governments is when peoples feel satisfied with the political system in duty and with well management of their demands and rights. It is when individual liberties are protected by law and practiced freely by citizens. It is when human rights are not just a political and ideological speculation used by parties or political rivals for specific benefits. It is when political leaders respect the voters appeal to democracy and prosperity. It is when economic opportunities respect the democratic qualities and conditions, and when wealth is in the hand of every hard worker not just in the hands of bureaucratic leaders. Trust comes after those conditions.