Fez - Miss Israel was elected on Tuesday in the city of Haifa, in Israel. But unlike previous edition of Miss Israel, this year’s beauty is of Moroccan origin. 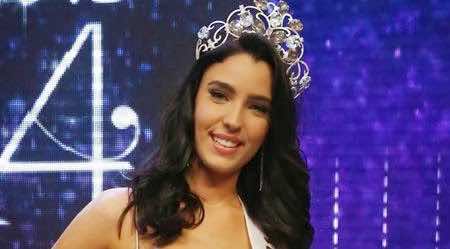 By
youssef sourgo
-
Youssef Sourgo is currently a Master’s student in Linguistic and Literary studies at Ain Chok Faculty of Letters and Humanities.
Mar 6, 2014
Spread the love

Fez – Miss Israel was elected on Tuesday in the city of Haifa, in Israel. But unlike previous edition of Miss Israel, this year’s beauty is of Moroccan origin.

According to the Jerusalem Post, 18-year old Mor Maman, was elected during the ceremony of the election of Miss Israel 2014 held at the Palais des Congrès in Haifa.

Maman will represent Israel at the Miss Universe 2014 beauty pageant, scheduled to take place in Brazil’s the city of Fortaleza.

The new Israel’s beauty queen, who will enlist with the Israeli Air Force, is pursuing a career in computer graphics.

According to Israeli media, before competing for Miss Israel, Maman grew up as an overweight girl. But at the age of 13, she decided to start a healthy diet and do physical activities on a regular basis.

“At the age of 13, while my parents were inMorocco for two months, I decided I wanted to be like everyone else. No one could stop me. For two months I mainly ate salads, did a lot of physical activity and lost 30 kilos as a result. I have not been overweight since then. I taught myself to eat right, and I exercise a lot,” she was quoted by YetNews.com as saying.