Morocco World News
Home Culture A Story He Should Listen to

Rabat - Hurra, the Arabic name for "free," was 16 when she first saw "him." She was a villager, but she was lucky to have her aunt living in a big city. Paying her visits was Hurra’s most cherished outlet because she felt that she was lucky to see and experience a new world. 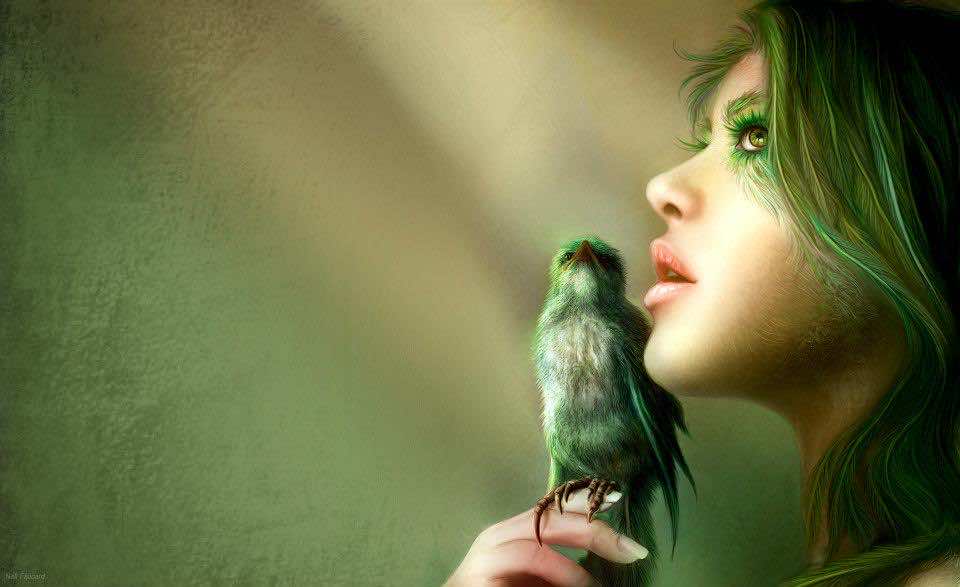 By
Mona Badri
-
Mona Badri graduated from King Fahd School of Translation with a Master's degree in Translation.
Mar 8, 2014
Spread the love

Rabat – Hurra, the Arabic name for “free,” was 16 when she first saw “him.” She was a villager, but she was lucky to have her aunt living in a big city. Paying her visits was Hurra’s most cherished outlet because she felt that she was lucky to see and experience a new world.

He was her Arabic teacher, a city boy; charmed by the beauty, simplicity and liveliness of Hurra. He sensed something original in the aptly named Hurra!

Two years later, they crowned their classical love story with a classical ending: marriage. She married him because he had always encouraged women in the Douar to go to school and educate their children. He was her hero.

The soon-to-be mother looked up to the sight of her husband smiling, an image that made her eyes water. Like any new mother she bought her child the cutest baby clothes. The day she showed her husband the supplies and clothing she had picked, he frowned and made a scene.

“A girl!!” He said with regret and disappointment as if he had just learned that he was diagnosed with cancer.

Dumbfounded, she sat on the side of the bed staring at him. Her eyes filled with tears. She cried not out of joy this time, but out of anger and remorse, as he continued to rant and rage.

The news made him lose his masculinity! The family name is doomed! The end of his lineage! He stormed out of the room, leaving her trying to figure out a mixture of feelings inside her.

In less an instant, she watched the flashback of their sweet memories passing before her eyes. She mumbled to herself: ’is this how you react to celebrating our love in flesh’

Suddenly a determined look crossed her face. She’s aware of her position and the role model she had to be for her daughter. She put her hands on her swollen belly. She looked down as if looking straight into her daughter’s eyes, and said, “I accept you. Not that I believe in faith; but because you are part of me. Starting from the smallest unit of your DNA until the longest hair on your head, I accept you. And the world will accept you.”

She lay on her back, leaning against the grey bedcover and stroking her belly as if she were caressing her daughter’s hair. And she went on:

‘The man who has just left the room is your father and I must sadly inform you that you will see a lot of his kind. They are called “male.” “Males” are different. They are the product of a society that favors muscles and considers emotions a disgrace. “Males” in our society are associated with dark colors and stern facial expressions. Their major focus is on proving their strength and masculinity. They have a superiority complex. Their process of growth focuses on shape rather than the essence.

“When their bodies reach puberty, they race to the gym and work hard to get a strong He-Man voice; of course not like Barry White! You will learn not to confuse “Art” and “males.” You will come across “males” who’re very proud of their manliness, to the extent of considering it holy and beyond perfection. Don’t fear those men; pity them for their simple mindedness.”

Society turned them into shallow masculine monsters whose understanding of beauty is limited to what they can see. It is all visual to them. I wonder when they are going to understand that they are just as easily manipulated and malleable as females.

“You will see your fellow sisters. They are called “women.” They have gone through lots of suffering and still are, but don’t worry because their voices’ echo reaches the seventh sky to prepare a better world for you. I am not going to give you a history lesson on feminism!”

‘The same society that produces “males” inflicts its curse on “females.” It makes them forget who they are and strive to please “him” through “it.” Society uses her body to gain double the money she makes. Society acknowledges her beauty as long as her skin is fair, and the first wrinkle she gets on the corner of her eye means that she is no longer of much use to “beauty industry.” I want you to remember that you are born to be beautiful. Your existence is beauty in itself. Neither society nor ‘males’ are capable of putting you in a box.

“I once asked a friend of mine who’s one of the “males,” “What does a woman represent for you in two words?”

He replied “It would not be fair to sum up everything about her in two words, but I‘ll try! Hmm… the woman is a sublime creature, a raison d’être, the salt of the land, she is the smartest species of all species.” Without realizing it, he had written a book about women; he could not say everything in two words. Shocked, he said, “I can’t believe I could think of all this in this short time!”

“I furthered my research to find out how these ‘males’ look at ‘women;’ and I asked another “male” who turns out to be a man.” He said: “a woman means life.”

(She felt a strong kick now).

“See my daughter, society might have its own modeling system; “males” might grow up to have themselves the center of the world. “Males” treat women less well than they deserve, but there’s always somebody out there who’s not like your father. Men are born “males” but very few make it to end up as “men.” There’s an abundance of genes like your father and there’s a scarcity in genes like those of my two friends I quoted earlier. Your mission my daughter is to make sure you breed the last kind.”