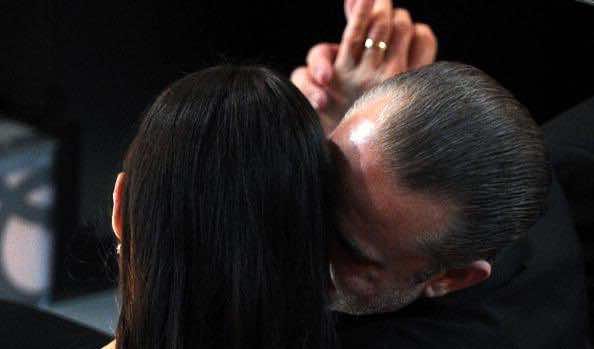 Oujda – Almost a year ago, I published on my blog an article called “How to lie.” I wrote it because I know too many terrible liars, and I felt an obligation to show them, with written words, how to perfect the art of lying.

I concluded it by quoting Sam Harris, and American neuroscientist and philosopher. In his long essay entitled “Lying,” he discussed lies. In this article I’m trying to do the same, using simple words from my own short experience.

In his essay, Sam Harris recognizes the downside of telling a false story as a “recoil from relationship”. But we have all done it at some point. Some of us are willing to admit it; some will say that we all do it, like I did. And yes! I have told false stories more than I can remember. And it has cost me my relationship with people I used to care about, and not only because I was the one with the story, but because I was also the one receiving it.

In a simple way, lying is telling a false story so you can deceive the one listening to it. We can try and justify why we chose an imaginative story over the one actually happened, but the question is: are we trying to find a justification for it because we want it to be accepted, or just to satisfy our inability to be honest and need to make sense? We can all say that lies are not all the same. Some lie to protect, and some lie to make others feel good. Some lie to get acceptance, and others lie just to deceive you.

Lies can be different, they are related to the way we communicate with each other and how we are related to ourselves. We can say that the lies we tell ourselves is denying the fact that something is wrong, which we can interpret as a refusal to interact with the surrounding environment. While a lie can successfully serve its purpose in deceiving the listener, it can affect the way he perceives the world. This is called deception. And deception is engaging someone in a manipulative environment to control him, in this case with false stories.

Back to Sam Harris’ “to lie is to recoil from relationship.” It is a step back into forming an honest and reliable connection with someone. A lie can directly affect the way that person views the world around him, and thus contributing to his inability to make decisions on facts.

The lie will come back and haunt you down later on in life, much like a boomerang. Lies can be self-destructive; they are the things we tell ourselves, to deny oneself a true view of the world around us. People who helped me with the research have mentioned what is called “white lies”. They are the things we tell others to make them feel better or the kind of stuff parents tell their kids about a bogeyman that will eat them if they don’t behave well. These are somehow less deceptive, and manipulative yet undeniably damaging, unlike the stories formed by politicians. They deceive people to get their votes, justify misconduct, or simply to distract them with obscurities.

There is also online lying. Much like the previous definition I gave about lying, the difference goes to the extent of painting a false image about ourselves, and thus spreading a false identity about us online. What we might think that we know about this kind of behavior is inaccurate. We might think that behind a computer screen, it’s easier to lie to the person at the other end; this makes sense if we think of a lie as an escape of an uncomfortable situation, a solution to deal with an issue at hand.

The virtual landscape offers us a world with zero obligations towards social norms. We let ourselves wander off online on personal tangents that are not always possible with the loaded expectations of familiarity or acceptance. It’s easier to be true while typing on a keyboard, because we won’t really witness the other person’s reaction to it. We will only receive typed words on a screen. There is no facial expressions of disgust, anger or awkward body language feedback that we feel uncomfortable receiving. Human communication is 93% body language and only 7% words, that’s why it’s harder to lie to someone’s face than to lie to someone behind a computer screen.

This behavior is an issue, and the reason lurking behind is what we need to discuss. Lies have the power to make us escape awkward situations, and they also have the power to spread falsehood among one’s peers. They are a two-way street. You try and spread falsehood, and thus create an illusion of an imaginary world that will eventually fade away. The effect of that fascinating story will disappear and leave a bad smell behind. This ordeal, if taken into consideration, might be one of the top reasons not to lie, even if it’s justifiable or branded as “socially acceptable.”