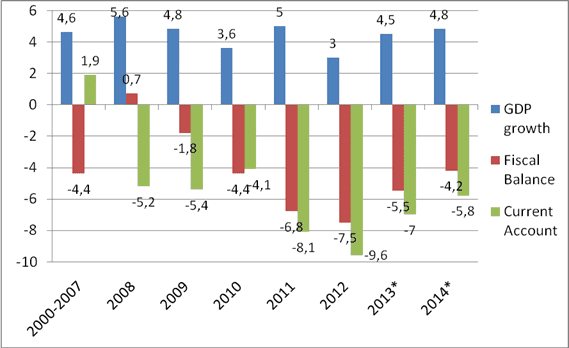 By
Aziz Allilou
-
Aziz Allilou is a student at the Higher Institute of Media and Communications (ISIC) and Morocco World News correspondent in Rabat.
Mar 9, 2014

Rabat- The Irish news website Independent has recently published a news story which compares Morocco’s global gross domestic product to the wealth of Ireland’s richest 300 in 2014.

This week, the Independent published a list of wealthy Irish citizens. The Irish independent said Ireland’s 300 wealthiest people “are now worth more than the entire economy of Morocco.”

The wealthy elite have net assets of €70.74bn this year, while Morocco’s Global Domestic Product is estimated at €69.25bn.

Forbes magazine published an article last November in which it highlighted that three Moroccans are among Africa’s 50 billionaires.

The list of Moroccan billionaires is led by Outmane Benjelloun with a net worth of worth of $2.8 billion. He is followed by Miloud Chaabi, with $1.9 billion, Minister of Agriculture Aziz Akhannouch, with an estimated $1.4 billion fortune and Anas Sefrioui with $1.3 billion.