Taroudant, Morocco- A bus plunged into a ditch in the Atlas Mountains in Ait Othman (rural town of Khank) located 35km  from Errachidia, in southeastern Morocco. 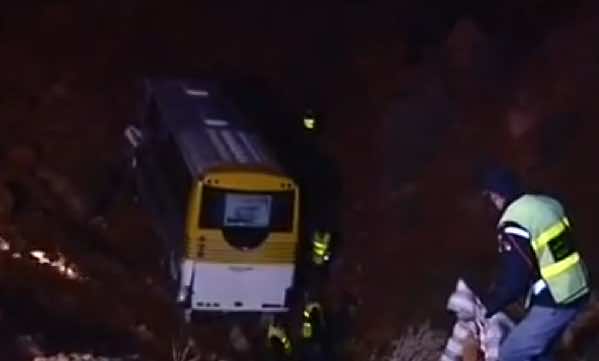 By
Larbi Arbaoui
-
Larbi is a freelance writer and assistant editor at Morocco World News.
Mar 10, 2014

Taroudant, Morocco- A bus plunged into a ditch in the Atlas Mountains in Ait Othman (rural town of Khank) located 35km  from Errachidia, in southeastern Morocco.

The accident, which took place on Sunday night resulted in two deaths and 23 others injured, according to TV 2M.

According to eyewitnesses, the bus slid in a curve  due to the rain causing it to hit the mountain then fall into a 30 meters deep ditch .

The injured were transported to the provincial hospital of Moulay Ali Cherif in Errachidia where they received necessary treatments.

Speaking to the TV, Mustapha Rashidi, health delegate in Errachidia, said that eight were seriously injured and one, who has vascular veins issues, will be transferred to the hospital of Meknes.

It is noteworthy that the road between Errachidia and Midelt is risky because of the mountainous nature of the region.

According to AFP, Morocco has a particularly poor road safety record with accidents last year claiming around 4,200 lives, which increased by 12 percent inyear 2010, according to the transport ministry.