Rabat- Imouzzer Kandar, a small tourist town at the headwaters of the biggest water sources in Morocco, is suffering from its share of neglect. 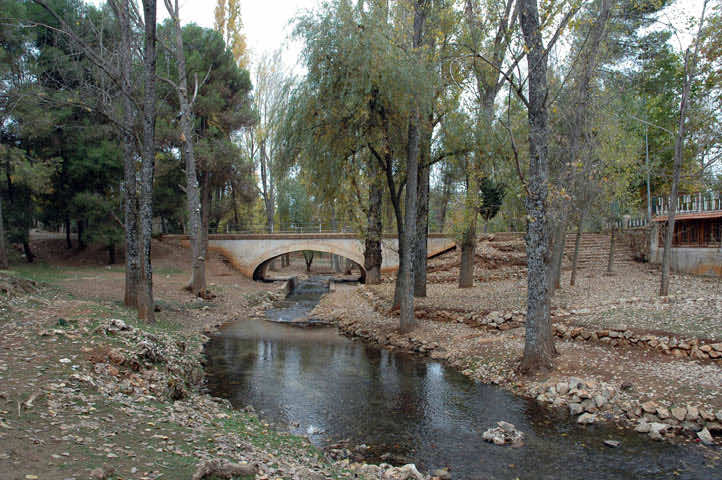 By
Mona Badri
-
Mona Badri graduated from King Fahd School of Translation with a Master's degree in Translation.
Mar 10, 2014

Rabat- Imouzzer Kandar, a small tourist town at the headwaters of the biggest water sources in Morocco, is suffering from its share of neglect.

Imouzzer Kandar is a mountainous Amazigh twon that does not seem to be recognized for its role as a prominent destination for Moroccan and foreign tourists. It is located about half an hour from the imperial city of Fez; however it lacks the basic the basic infrastructure of a tourist site.

The national park in Imouzzer Kandar is one of the sites that Moroccans tend to refer to as “Morocco’s Switzerland” like its neighboring city of Ifrane. However, given its lack of official status, random people claim ownership  of key tourist attractions.

For instance, visitors who wish to take a picture at the town’s famous waterfall, are charged a fee by a self-appointed “guardian” for every picture, who claims that he made “basic changes” to the site in order to make it look attractive, such as planting flowers, Al-Massae reported.

The water source in Imouzzer Kandar is used by one of Morocco’s biggest bottled water companies; however, “neither the company that benefits from distributing the water, nor local authorities moved a finger to improve the drastic situation of the touristic city,” the same source added.

Despite the lack of basic necessities, such as a parking lot, a decent road that links the city with other cities, a health center, and appropriate markets where local people can sell apples, the town’s major fruit product, nature lovers do not seem to be discouraged from visiting throughout the year to escape the noise of big cities city and delve into the natural beauty of Imouzzer Kandar.